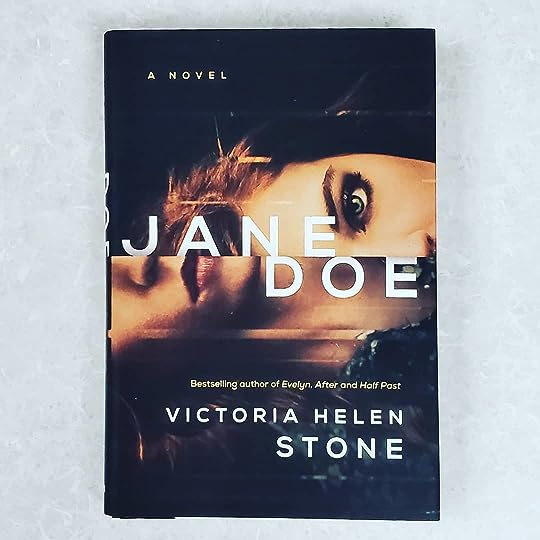 Jane Doe is just your average, everyday girl with a chip on that shoulder….only her chip is a hellova lot bigger than most.

He’s so happy with his tidy little life.
I can’t wait to watch it crumble into a smoking pile of shit.

Jane’s best friend, and honestly, the only person she’s ever truly loved, was driven to her death by Steven.

Steven – of all people – is just a middle manager at an unremarkable insurance company. He truly was nothing special, but Jane’s best friend fell in love with that manipulative man and ended up killing herself because of him.

Jane meets him, under an assumed identity, and realizes that this man truly is without remorse.

So, Jane decides that while she’s there, might as well get even.

I’ve never killed anyone. I’m not that kind of sociopath. But you never know. Desperate times…

I buddy-read this one with the wonderful Tucker the Reader! My first official GRs buddy-read too!

Overall, it was really good!

Jane Doe was a refreshingly unrepentant and single-minded main character. Her platonic love for her best friend really humanized her even as she plotted against Steven.

I loved seeing her get to know him and find out the best way to make him hurt.

I was also pleasantly surprised when Stephen turned out to be a well-rounded character. Yes, he was absolutely evil and horrible in just about every way, but he had a surprising number of dimensions to him.

I did think it was a bit heavy on the self-reflection. Jane spent so much time putting herself into position that eventually I was like, “GURL JUST MAKE YOUR MOVE” but other than that, I was really pleased with the way the book ended up!

Plus, you gotta love a character who loves all things literary:

Reading is my favorite hobby. I don’t have to fake that.