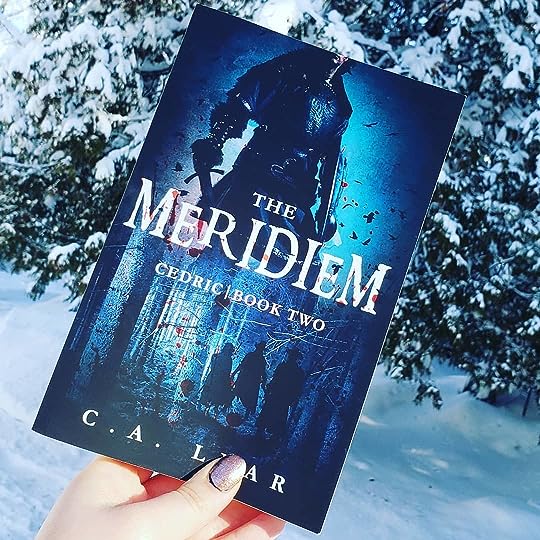 “In this world you exist only because I allow it.”

Cedric barely survives after the death of Countess and is on the run from Lord Domitian, though luckily he teams up with a couple of brothers.

The brothers might be a little… unconventional …but they are good companions, though their sister, Adina, is another story.

Beware the hover, for want of reproducing its effects will lead to more and evermore consumption of the poison…

Despite the Countess’s black soul and petulance for torture, Lord Domitian wants her back, and he will not rest until it happens.

Lord Domitian sweeps through the land looking for someone, anyone to fix this gaping hole in his life and make it bearable once again.

“You conspired with your brother to kill her. Do you deny it?”

All too soon, Cedric may find himself in the middle of all things diabolical.

Overall, this felt like a pretty dang good sequel.

I do love how different C.A. Lear’s stories are – I think the plot goes one way but am always pleasantly surprised when it veers in a different direction. Though, sometimes it was a bit too twisty in the middle (though it came together well in the end).

I think the characters were fairly well developed but I would have preferred a bit more dimension (rounding out?) to some of the side ones.

That being said, the brothers were so much fun in the book – really made it pop!

I quite enjoyed how this book all came together in the end – such a satisfactory ending (though with a little room for another round? Fingers crossed!).

I’m excited about this author and cannot wait to see what literary journey he goes on next!

With thanks to the author for sending me a free copy in exchange for an honest review.

Interested in this one from  C.A. Lear? Buy it here:  Amazon