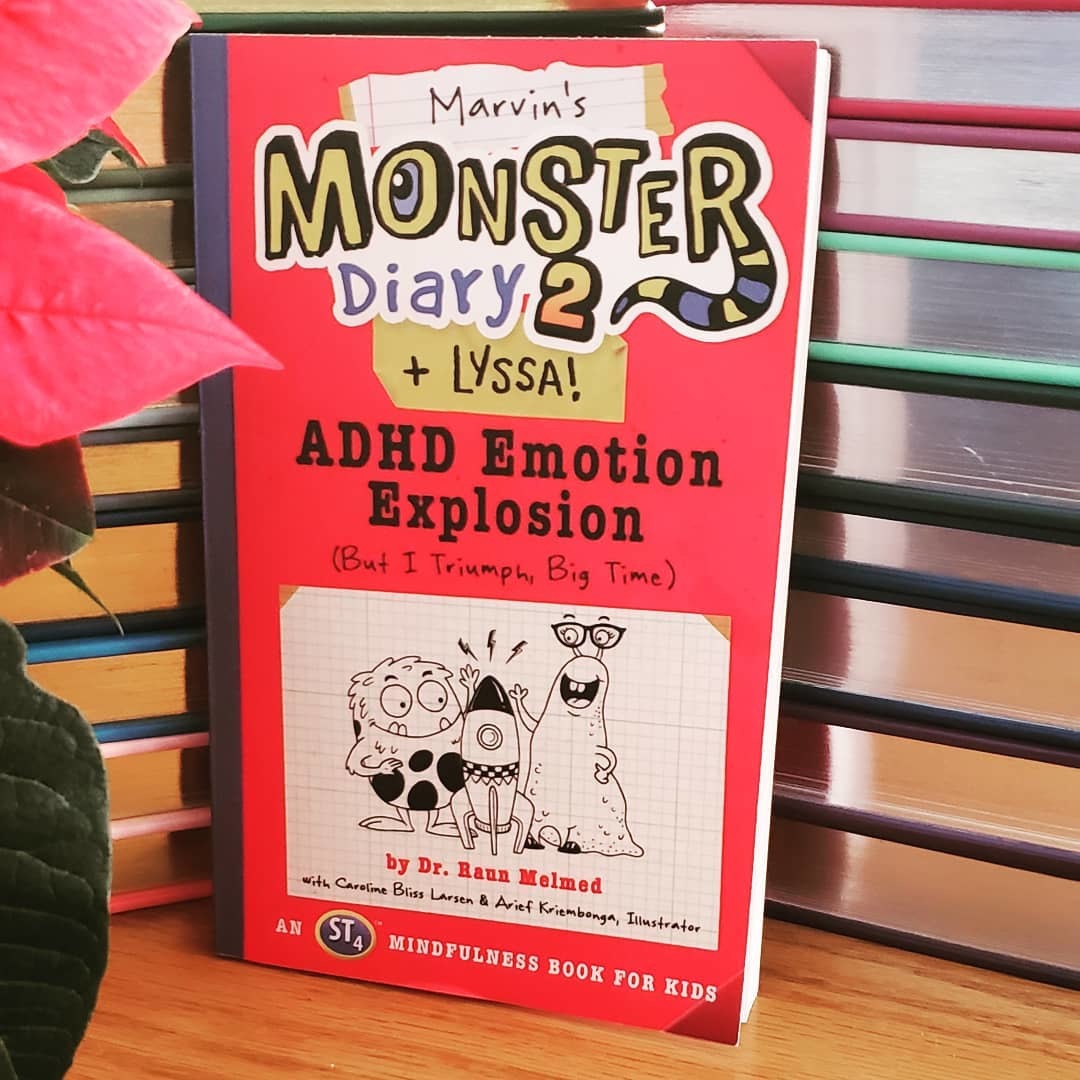 Sometimes I see something across the room and my mind totally runs off in another direction in a pair of Sneaky, Squeaky Sneakers,

Marvin Monster is the same as every other monster his age – he loves learning and playing – except he sometimes has troubles paying attention.

He learned about ST4 (Stop Take Time To Think) last round as well as a Monster Cam (when you put your fingers up like a camera lens and pay attention to ONLY what’s in front of you).

And they’ve helped him out immensely!

And just in time too – cause there’s something BIG happening at his school.

The entire class was buzzing like rumblebees after Mrs. Grimm’s big announcement: the Science Scare Fair….

Marvin partners up with the new girl and off they go!

Really, learning isn’t so bad. But sometimes during class I get a little…distracted.

With Marvin getting distracted and the new girl (Lyssa)’s temper – it’s going to be a wild ride.

I liked this one even better than the first!

I definitely feel like the author is more comfortable with writing and the story felt more developed and smoother as a result.

I think Marvin is a more rounded character in the sequel and the side characters as well.

I like how the author doesn’t “solve” the problems for Marvin.

At the end of the day, he still gets distracted and scatter-brained…but the difference is that he has the right tools to overcome his inattentiveness.

I think it is incredibly important to show children (rather than tell) that magic doesn’t solve your problems – whether it be ADHD or temper issues – it’s important lesson to kids that they need to work on themselves (in an age-appropriate manner, of course) rather than wave a wand.

That being said, this book did still feel a little heavy on pushing the narrative (ST4 and Monstercam) but it was less noticeable than in book one.

So, overall Monster Diary 2 was fun, funny and a success!
Interested in this one from Raun Melmed? Buy it here:  Amazon