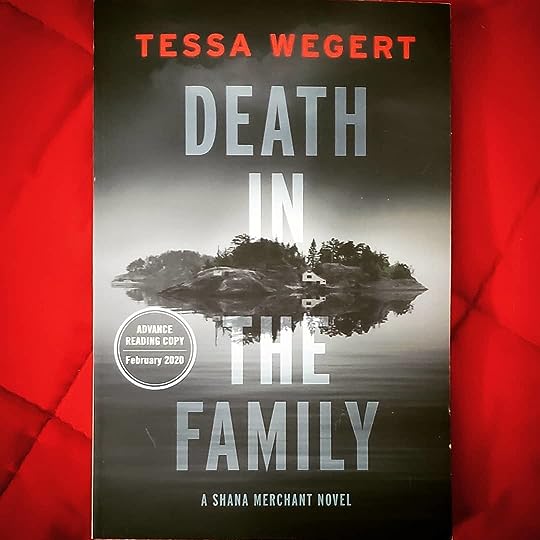 That muscle again. It slid beneath the surface of his skin like an eel in shallow water.

Former NYPD detective Shana Merchant took her position at Thousand Islands to escape the haunting events from thirteen months ago – where she was knocked down to a shell of her former self.

This sleepy little town was supposed to provide Shana a chance to heal – but then she and her new partner, Tim, get a call to the private Sinclair family island.

“Murder’s what the family wants to call it.”

Abby wakes up to a pool of blood where her boyfriend, Jasper Sinclair, laid beside her last night.

But there’s no body.

“You’ve got to have a theory. People don’t just disappear.”

Shana and Tim quickly arrive on seen only to become stranded with the rest of the Sinclair family as a nor’easter blows in.

Cut off from the mainland, the experts and even the most rudimentary of supplies, it’s up to Shana and Tim to figure out who committed the murder before the killer has chance to melt away.

It always bothers me when a victim’s family and friends describe them as perfect in every way. What’s the implication there, that their beauty was too much for the killer to handle?

As Shana gets closer to figuring out the murderer, the more prevalent the traumatizing flashbacks become.

With reality and her memories fighting for dominance – will she be able to find the murderer? Will she even be able to hold it together?

It was the kind of thing a person would go to great lengths to bury. So who wielded the shovel

I really haven’t been hit with a roller coaster of a book like this in a long time.

I really loved the atmosphere of the book – with the rich, snooty family trapped on a private island. The swell of the storm, the downpour of the rain, the bone-chilling cold.

It all drew me completely into the story.

I was also deeply intrigued by the mystery of Shana’s past – I truly wish it had more of a role in the beginning of the book because it would have really picked up the slow sptos.

What kind of worked:

The characters. I liked how each one of them is terrible in their own way and so many suspects really made the plot interesting…however, there were (I think) too many side characters.

It was difficult for me to keep track of them and I didn’t really care about half of them. By the end of the book, I liked (or at least enjoyed them when they came on the page) about 2/3 of them.

But in those first few hundred pages where we don’t know them and most of them just seem to just hang out and be *there* until Shana interviews them and the side-characters begin to have a personality.

The pacing of the book really threw me off.

The beginning of the book really hooked me – it had a fabulous premise and the setup was fabulous.

But then, for about a hundred pages – there are things that are happening but they just didn’t hold my interest. I honestly nearly DNF’ed the book because I just had a hard time caring about what happened.

Which, honestly, is a bit of a weird problem for me – that pretty much never happens and I have a hard time pinpointing what didn’t work. I think there was too much build and not enough action.

But then, the book started to turn around and I literally could not put this one down.

Definitely liked it – but be aware of the slump that happens.

Also, shout out to Tucker the Reader for being my buddy-reader for this one!

Interested in this one from Tessa Wegert? Buy it here:  Amazon