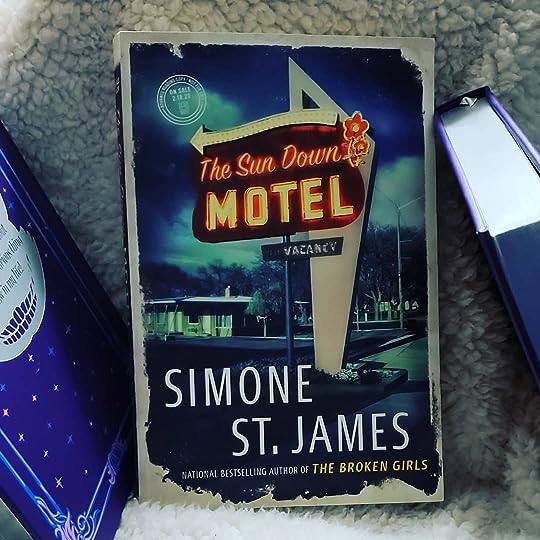 “Sun Down Motel, can I help you?”
Nothing. Just the faint sound of breathing.

There’s a terrible secret hidden within the walls of the run down motel just outside of Fell, New York.

Thirty-five years ago, Viv Delaney began experiencing…disturbances during the night shift at the Sun Down Motel.

Ones that had her questioning everything she’s ever known and reality itself.

In modern-day, Carly spent her life watching how that disappearance affected her mother. And when Carly’s mother dies, Carly is drawn to Fell – the last known location of her Aunt Viv.

At first Carly tells herself that she wants to do just a little bit of exploration – perhaps even find out what happened to her aunt.

But…what started out as an innocent curiosity quickly became something much more.

And almost without realizing it, Carly finds herself drawn to the location of Viv’s disappearance… only realizing too late that there was something else drawing her there.

…all she could hear was her own breath sawing in and out of her lungs.

This was a wild one.

First and foremost – the Sun Down Motel provided just the perfect backdrop for a truly spine-chilling tale. It had so many creepy little things and really set up the entire book.

I loved the alternating view points (and this is something I don’t say too often!). They were so well balanced and really gave the story that extra pop.

Viv’s perspective had so much mystery and played out beautifully. And I truly had no idea where Carly’s view point was going – which just made me absolutely addicted to this story.

The way Simone St. James interwove ghost stories and the other terrifying elements definitely brought everything together.

All in all – this was a FABULOUS buddy read with Tucker the Reader!

One thought on “The Sun Down Motel – Simone St. James”