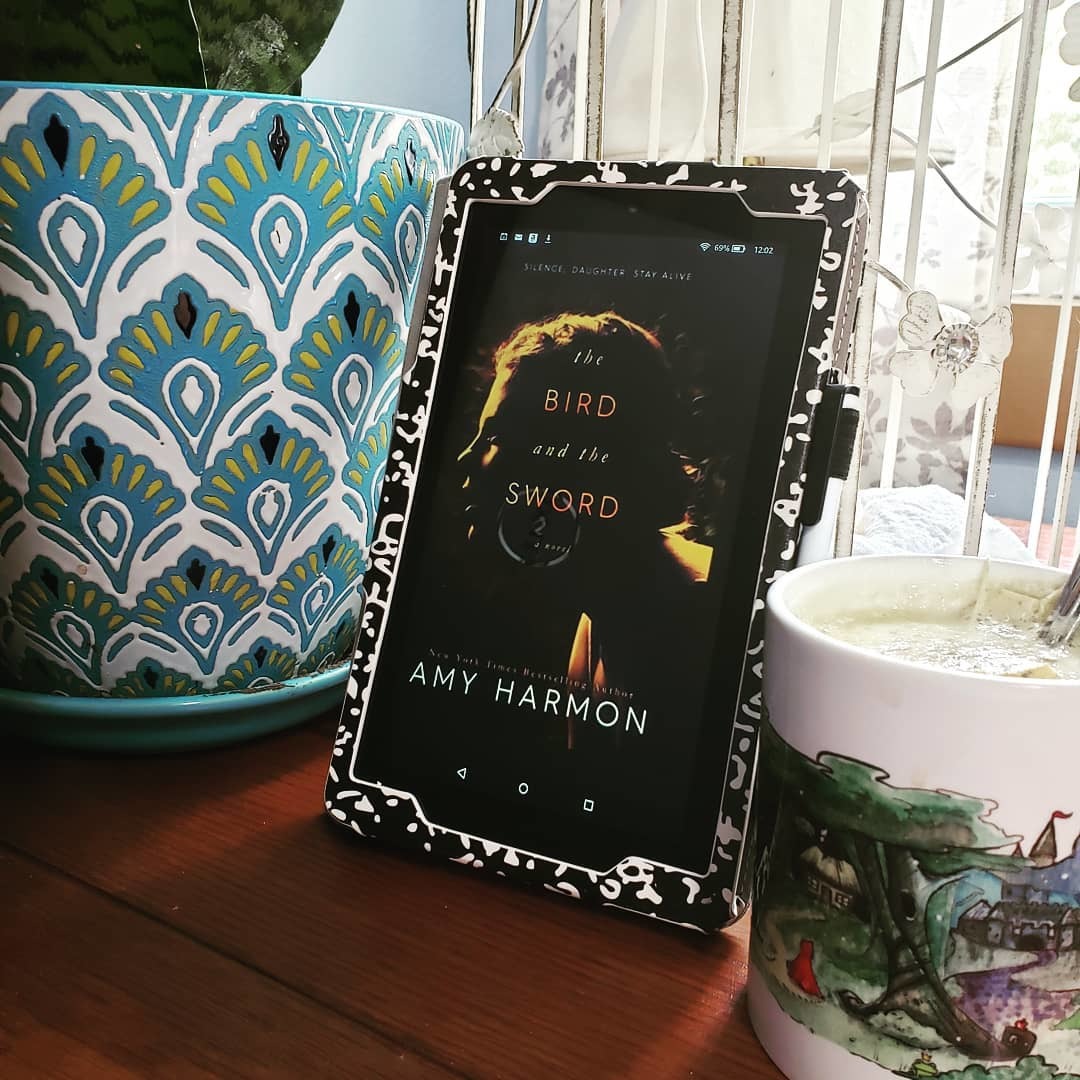 I can forgive a lot of things, but outright stupidity is not one of them.

I have loved you every moment of every day, and I will love you until I cease to be. Bird, man, or king, I love you, and I will always love you.

Lark is born into a world of magic, and the world hates magic.

Legend has it that there were only a few original magic weavers: Spinners, Changers, Tellers, Healers (etc), and when they had children, those children inherited their magic.

And over time, the magic changed and grew as the generations mixed and the magic wove in and out of society. Everyone in “modern” times has a slight twist on that original magic.

Lark is a Teller, someone who can speak and magic will make their words come true…only she cannot speak anymore, not since her mother died in Lark’s place and cursed her to silence.

Swallow Daughter, pull them in, those words that sit upon your lips. Lock them deep inside your soul, hide them ’til they’ve time to grow. Close your mouth upon the power, curse not, cure not, ’til the hour. You won’t speak and you won’t tell, you won’t call on heav’n or hell. You will learn and you will thrive. Silence, daughter. Stay alive.

If anyone ever finds out what she could do (or used to do), Lark will be instantly killed.

But, through a chance encounter with the current king, Lark is swept into the palace where the stakes are higher and the consequences ever more deadly. Will she survive and escape? Does she even want to?

Don’t you just HATE it when ONE character ruins EVERYTHING?

Yes. I’m looking at you, Lark.

The world of the Bird and the Sword is stunning – it has a very old-world feel but is completely fleshed out and engaging.

This world is so beautifully written that it almost (almost) makes up for the terrible-ness of Lark.

But, surely she can’t be that bad…Right?…it’s probably a good thing you are sitting down. Cause we about to get ranty.

Lark’s Stupiditiy – aka is that a bad idea? Imma do it.

I could barely read this book,my eyes were rolling so hard.

I swallowed, suddenly close to tears. Then why does no one see me?

Essentially, Lark spends her whole life shut away, “unseen” if you will because of reasons.

Much to her surprise, and mine, she’s able to use a Teller’s powers once she begins to read. Because reasons.

She is so blown away by the power that she then practices magic.

She practices in her room (leaving obvious traces for her maids to find), on people walking by, on nobles in the castle (etc)…

And then she’s all shocked and confused when there are consequences.

You’ve lived in this country all your life – you know that the death penalty is INCREDIBLY common for practicing any form of magic.

Annnnnnd then she nearly suffocates the king and laughs (drunk on her own power)? To. The. King.

It’s really a wonder he didn’t execute her.

The Wimpiness – aka I’m just a limp noodle

I don’t have a problem with a wimpy main character… just when they are THIS hypocritical (and boring) it gets old. Fast.

I didn’t want to be taken care of. I wanted to run away from all the men who sought dominion over me, who thought they could own me, imprison me, use me, cut me.

Constantly, but all she does is actions like this:

f I didn’t breathe too deeply, I wouldn’t feel the hollow echo in my empty chest.

If I didn’t move too quickly, I wouldn’t reach any painful conclusions.

…if I didn’t listen, I wouldn’t hear the silence he always left behind.

Aka, she has the backbone of a jellyfish and spends the entire book hanging out in a castle, drawing words on the furniture with the king.

For a book that has so much potential, it was disappointingly BORING because the wimpy main character spent more time whining about what she hasn’t done instead of actually DOING THINGS.

To be fair, I suppose she left her rooms like twice… so that’s something.

Lark is captured by King Trias within the first 50 pages and that’s when the story really began to go downhill.

We go from this intriguing, magical world and then it becomes Lark hiding in a castle, Lark learning how to read, Lark “falling in love” with the King while they write words on her furniture.

The whole “falling in love” schtick was chock full of unquestionably awful quotes.

Are you serious? Terrible? That’s the best you can do for your confession?

It’s like, I get that their love is supposed to be forbidden, that the King falling in love with a teller is the ultimate betrayal…but couldn’t the author at least try to make it appealing?

I don’t mind romance being a cruel-to-kindness sort of transformation, but that kindness is key. To see that transformation and believe it…

The main characters have to click together, and that just never happened. There was far too much anguish and angst.

You chose me because I am of use. But I chose you because I wanted you. All I ever wanted was for you to love me in return.

Talk about romance. There’s even a line like this:

‘‘Because you just said you know nothing about being a queen. Because I am king. And because it is your duty to please me.’’

So, I was just not feeling it...and 3/4 of the content was spent on building this mess of a relationship.

If Lark was just cut from this book and the romance dropped, I would have loved it.

Such a well-written novel, lovely twist on magic and truly a memorable cast…just Lark was there in the middle, ruining everything forever.

Interested in this one from Amy Harmon? Buy it here:  Amazon

3 thoughts on “The Bird and the Sword – Amy Harmon”