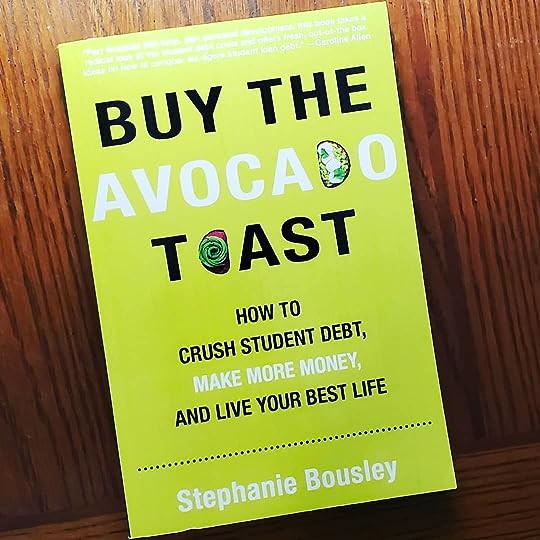 I was so overwhelmed with what I owed that I could barely function.

Stephanie Bousley graduated her first round of college with about 10k in debt.

…I thought that having a successful career was a formula…get into a good school, work hard…

And she had it pretty much all paid off when she realized that the degree she earned would not lead to a job she would ever be happy with.

So she went back to school, graduated with a degree in film making from one of the top schools but she was saddled with nearly $300,000 in debt.

And with unpaid internships on her horizon, and with advice books telling her to scrimp and save every penny – her life became miserable.

Most of the get-out-of-debt books had advice for 30k not 300k – and those are not not the same thing. Her friends and family had the tone – well, you are the one who chose to get the student loans.

Saving every penny only to not even cover the rise in interest every month was like a weight pressing ever more on her life.

…nobody’s success can be re-created exactly.

And yet, she found an unconventional way to get out of debt. Anywhere from working outside the country to bargaining with the credit companies – she’s tried it all.

…you’re going to get a book of somewhat controversial ideas that can, if applied correctly, provide a huge leg up…

Overall, I really liked this one.

My debt never reached the level of hers, so obviously I cannot verify the techniques mentioned in here – but at the same time they all made sense.

Bousley systematically tried dozens of ways to reduce her debt and chronicled the best (and worst) in this book.

What really took me by surprise was the whole moving-out-of-the-US option.

Turns out, if you leave the US – there’s several companies with low or no income taxes. And if you don’t have to pay that to the government, that can immediately go towards your debt – often cutting down the time to pay in half.

And her other major take-home-message – to buy the avocado toast.

As in – treat yourself. She talked about her darkest moments were when she counted every cent and how awful she felt all the time.

You need to take care of your mental and physical health first – and if that means getting your daily cup of joe or going to the gym – you need to prioritize that.

While nearly all of her ideas were out of the box – sometimes that’s just what you need to face overwhelming situations.

I’d say that this one is definitely worth a look if you find yourself in a debt situation wildly out of control.

Interested in this one from Stephanie Bousley? Buy it here:  Amazon