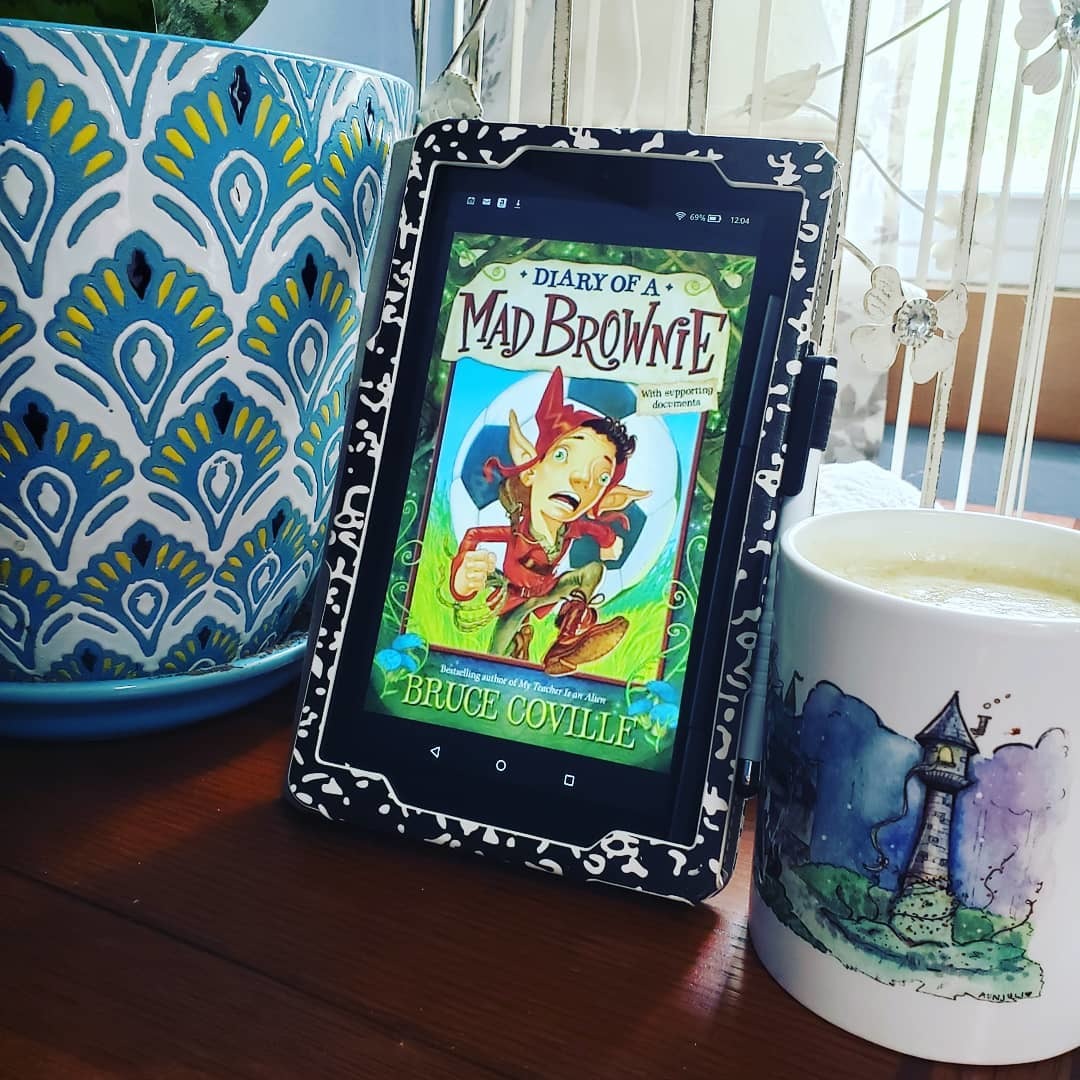 “…I don’t want to go. America is too far off. Not only that, from what we’ve seen on your television, ’tis a wild and barbaric place.”

Angus the brownie has lived in the wild and magical lands of Scotland his entire life. But not anymore.

I am long bound to the clan McGonagall. But – alas and woe! – my current McGonagall, Sarah, has grown old and ill.

Soon Angus must leave his Sarah, his friends and even his country and travel to America (of all places!) to be serve the youngest girl (of age)…

I am about to embark on a great and fateful journey, and I am deep fretful.

Alex, the youngest McGonagall (of age) is the absolute worst person Angus can imagine – she is messy. Messy to the point of no return.

He loves arguing, hanging out with his human and tidying with a passion that rivals Marie Kondo. There is no way he will let a little untidy room ruin his life.

I am a brownie, fierce and proud, and should not be afraid.

His bravery aside, how can one, small (though strong for his size) brownie take on this level of mess?

But Angus will do as he must, for he is a proud brownie.

However, trouble is just around the corner. Alex does not know exactly why a brownie must serve her family and Angus must try to stop her from finding out – for if she does, all heck will break loose.

…knowing that to break this oath is to risk fierce punishment.
For we are brownies, and subjects of the Queen of Shadows!

Absolutely adorable and hilarious throughout!

Angus had just the right mixture of grumpy and lovable-ness that made his character truly charming. He was proud, stubborn and had an awful temper (in the funniest way possible).

Alex was smart, charming and refreshingly realistic. She had a wonderful head on her shoulders and she actually used her noggin throughout the book – such a clever girl!

The side characters were funny and interesting – especially Destiny (Alex’s little sister) who had an imaginary goblin friend.

I loved the way the plot was crafted – such a sweet little adventure with plenty of twists and turns that even I could not guess.

I listened to the audiobook and did not see most of the wonderful illustrations, but from what I did see (I peeked at a library copy) – the illustrations were super cute!

All in all – highly recommended for the late-elementary and early middle-school age group!

Audiobook Comments
A truly well-read novel. The voice actors breathed so much life into their characters – they really committed!