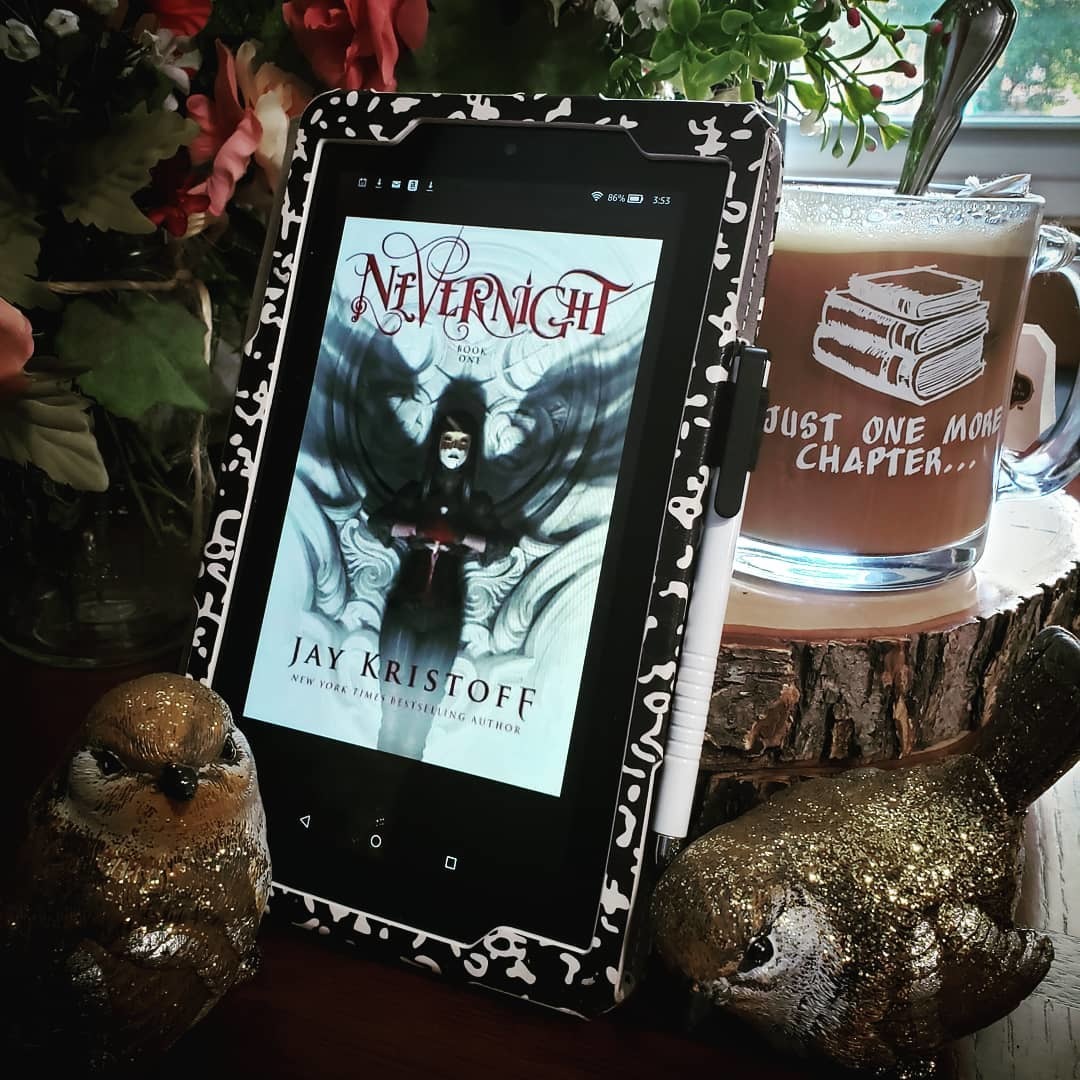 The brighter the light, the deeper the shadow.

Mia Corvere used to be the daughter of a respectable family but all that changes when her father is strung up for leading a rebellion.

‘Never Flinch.’ A cold whisper in her ear. ‘Never fear. And never, ever forget.’
The girl nodded slowly.
Exhaled the hope inside.

Just ten years old, Mia watches her father dance at the end of a rope and silently swears revenge upon them all.

But in order to extract her revenge, she first needs training. For the next six years, she learns all she can in order to pledge her allegiance to (and receive training from) the Red Church and the Lady of Blessed Murder.

The Red Church trains assassins every year but only a few make it to the final stages. Mia will have to come in top of class in either blades, poisons, manipulation or thievery.

Mia does have a “secret” weapon in the form of Mr. Kingly, a vaguely cat-shaped shadow creature who feeds upon her fear and in exchange obeys her in battle.

With deadly assassins on every side, will Mia triumph? Will she even make it out alive?

You’ll be a rumor. A whisper. The thought that wakes the bastards of this world sweating in the nevernight. The last thing you will ever be, girl, is someone’s hero.

Wow. This one was addicting!

There were so many things that absolutely worked in this novel that I had a tough time putting this down. I loved the World Building, the Tone and the Side Characters.

Mia lives in a world with three rotating suns (hence Nevernight) and the author did a fabulous of incorporating that in the book. I also really enjoyed all of the little details he includes – like the sand creatures or the odd customs from the other characters.

The lore from their religion really helped ground such a fantastical world. Also, I enjoyed that the Gods weren’t imaginary – that they were real and they did influence the human world.

I really expected this to be a MB – but it ended up being likeHarry Potter with a deadly twist.

With Mia and the other assassins going on adventures and misadventures, the whole book ended up being far more lighthearted than I imagined.

Beauty you’re born with, but brains you earn.

There were areas where I was surprised by the violence but the main character had such a cute-yet-deadly take on things that the book was not overbearingly dark.

This is an absolutely amazing. Jay Kristoff pulled out all the stops with the quirky, weird and wonderful secondaries. Honestly, the side characters made this book shine.

I loved the odd dynamic between the twins (Kristoff really brought this one to life!) – they were so creepy and fascinating. All of the masters at the school were so interesting – I really wish we could’ve spent more time with them.

Also, I adored Mr. Kindly – he is the best evil(ish) shadow cat in existence. His ruthlessness towards the world and his love for his human made him absolutely perfect.

And who could resist that little the bit of romance blooming between Tric and Mia (though, with that ending…ooooo….Kristoff has a lot of explaining to do!).

Really, truly enjoyed this one. It did become a bit too much for me at times but overall – yes! Loved it! Cannot wait for the next one!!

Audiobook Comments
Read by Holter Graham – and wow. He did an amazing job with the audio. The only thing that threw me off was Tric’s voice. He sounded more like an old man who smoked one too many cigarettes than a teenage kid in love.

Interested in this one from Jay Kristoff? Buy it here:  Amazon

One thought on “Nevernight – Jay Kristoff”