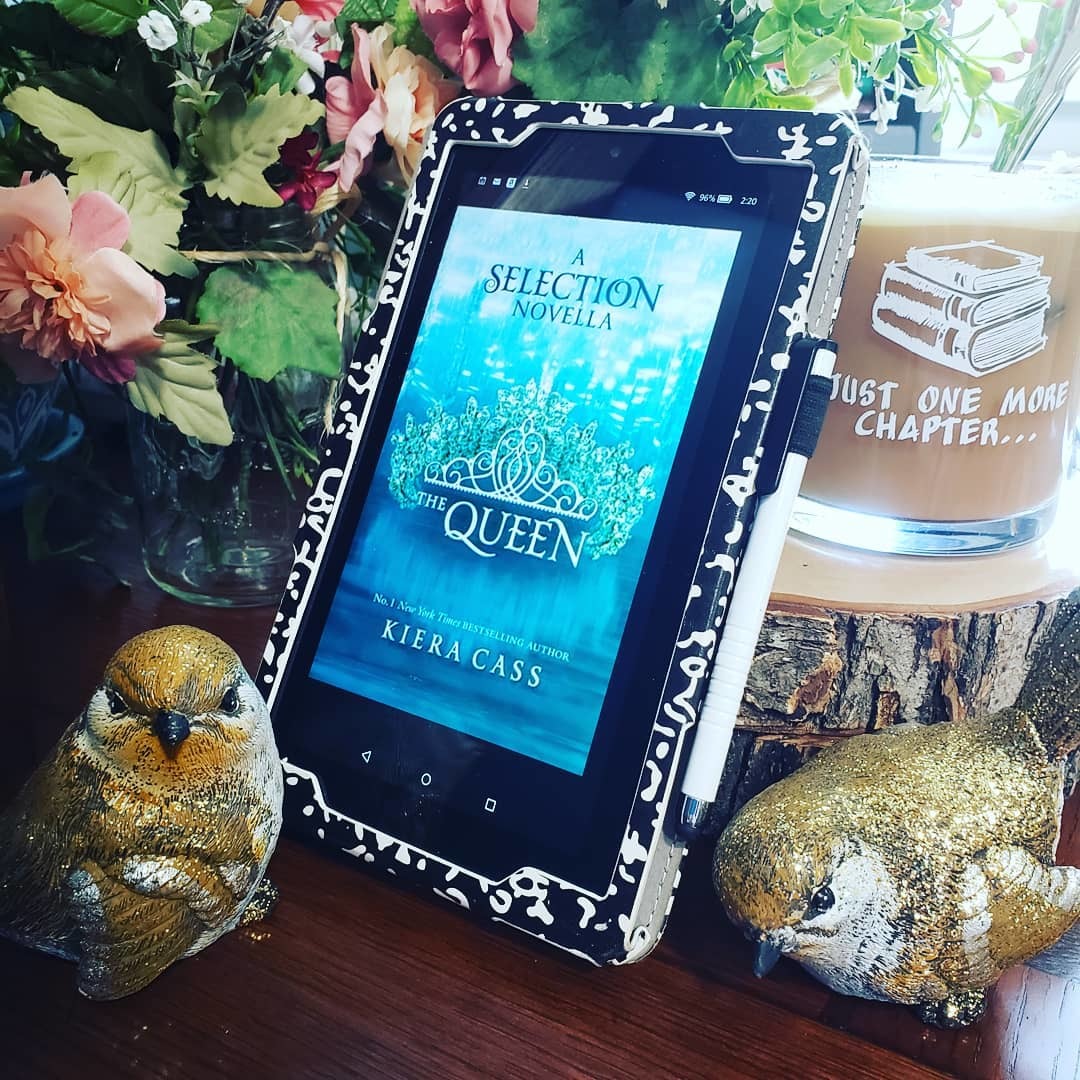 In the main series, Queen Amberly is the epitome of poise, grace and love…

BUT back in her day, she was quite the feisty girl (well, kind of) (okok, not really)

I mean, she did shock the entire world when she (a lowly Four) won the Selection and was granted the honor of marrying Prince Clarkson.

But as far as being fiesty (or at the very least…interesting)? Nope. Nada. Zilch.

When we read her own story, every bit of magic and love fizzled out – like a firework on the fifth of July. Nothing special, nothing wondrous and ultimately, a bit sad.

For as harsh as his words were, his voice seemed to caress my name.

It was depressing to watch this young girl so easily fall prey to the manipulative, cruel prince. When he finds out that Amberly was poisoned in her home country (air quality, etc) – he recoils in horror at her infertility and her diseased body.

And yet, as much of a victim Amberly is…I still couldn’t stand her. She chose her life. She lets Clarkson be her everything right away – no independent thinking, no attempt to assert herself.

“His world looked like a storm. I was going to be its center.”

She’s chosen not for her love, or for her looks…merely because she’s willing to obey Prince Clarkson’s every whim. He swears her to secrecy? She doesn’t tell a soul. He tells her to cut her hair? She lobs off nearly a foot.

He says to jump, and she’s already jumping.

Thank goodness this one was short – I don’t think I could’ve handled much more of it.

Audiobook Comments
Okay, in Book 1 – Queen Amberly didn’t have an accent but her sister had a strong southern twang (since they were Fours from the south). In this one, Amberly is said to be from Honduragua and has a fittingly strong native accent from that area. So, how did Amberly have a native Honduraguan accent while her sister is a southern belle? Somebody didn’t plan out the audiobook too wellllllll…..

2 thoughts on “The Queen – Kiera Cass”