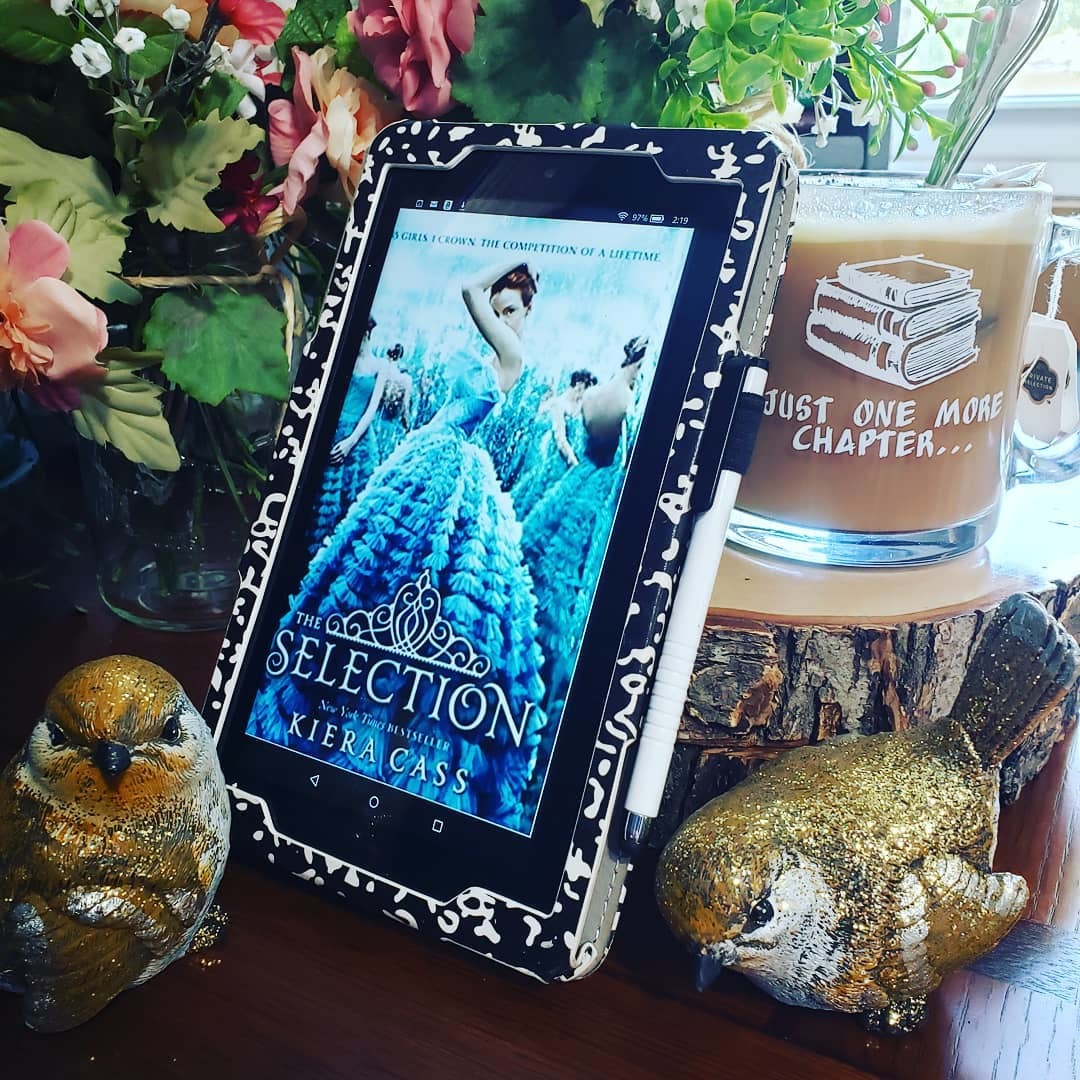 The Bachelor + The Princess Diaries

I hope you find someone you can’t live without.I really do. And I hope you never have to know what it’s like to have to try and live without them.

North America was destroyed (wars, financial crisis, etc). A man of the name Gregory Illéa pulled together what was left to form Illéa.

This new country came with a strict caste system with Ones being the royal family all the way down to Eights – poor, starving untouchables.

America Singer, a Five, is among the artist caste. Hungry but not starving. Poor but not destitute.

She has a secret love, Aspen, a Six (the laborers and cleaners) and she knows nothing could be worse than their discovery. (In her country, only the harshest of punishments are towards the unpure girls).

Life seems rather hopeless...that is, until the chance of a lifetime swings her way.

Prince Maxon is ready to find his bride and the royals crowd-sourced 35 eligible healthy, virgins for the task.

America signs up for the Selection under duress of her family and (surprise, surprise) our heroine is selected.

As much as her family is rooting with her, she decides to cut a deal with Maxon. She’ll be his friend, his eyes-and-ears in exchange for keeping her in the competition (and her family will keep getting that sweet paycheck).

“I’ve met nearly every woman in this room, and I can’t think of one who would make a better friend. I’d be glad to have you stay.”
My relief was inexpressible.
“Do you think,” Maxon asked, “That I could still call you ‘my dear’?”
“Not a chance.” I whispered.”

Sometimes you need a dishy, cat-fighting, true-love-finding, princess-y sort of book and this one was certainly it.

I enjoyed the rather sweet romance that developed between our mains. (Thank goodness it wasn’t an insta-love sort of deal).

Plus, who doesn’t love it when there’s solid banter between the leads?

“If you don’t want me to be in love with you, you’re going to have to stop looking so lovely. First thing tomorrow I’m having your maids sew some potato sacks together for you.”

The thing that bugged the ever-living daylights out of me was that the author really didn’t know much about politics.

It sounds weird, but bear with me.

The country is in a bout of civil unrest, rebels (both factions) are breaking into the castle every other day… and the king decides to host the Bachelor? Really?

It just felt very…. under researched and clumsily done.

The author has the rebels breaking in so frequently that I really wondered if the king left the back door unlocked.

The caste system added drama… but you could tell that it was just there for girls to have excuses to be snobs to each other and for dramatic pining moments (I love him… but we could *never* be together).

All in all, it could’ve been a great book if it was better fleshed out but it’s still an entertaining one. Just don’t think too hard.

Audiobook Comments
Read by Amy Rubinate – not bad at all…EXCEPT FOR THE ACCENTS!!! I don’t think the folks really planned out this audiobook series at all. Book 1 – Queen Amberly (no accent), her sister (southern twang). Companion Book The Queen – Queen Amberly (heavy, native “Honduraguan” accent). What the what.