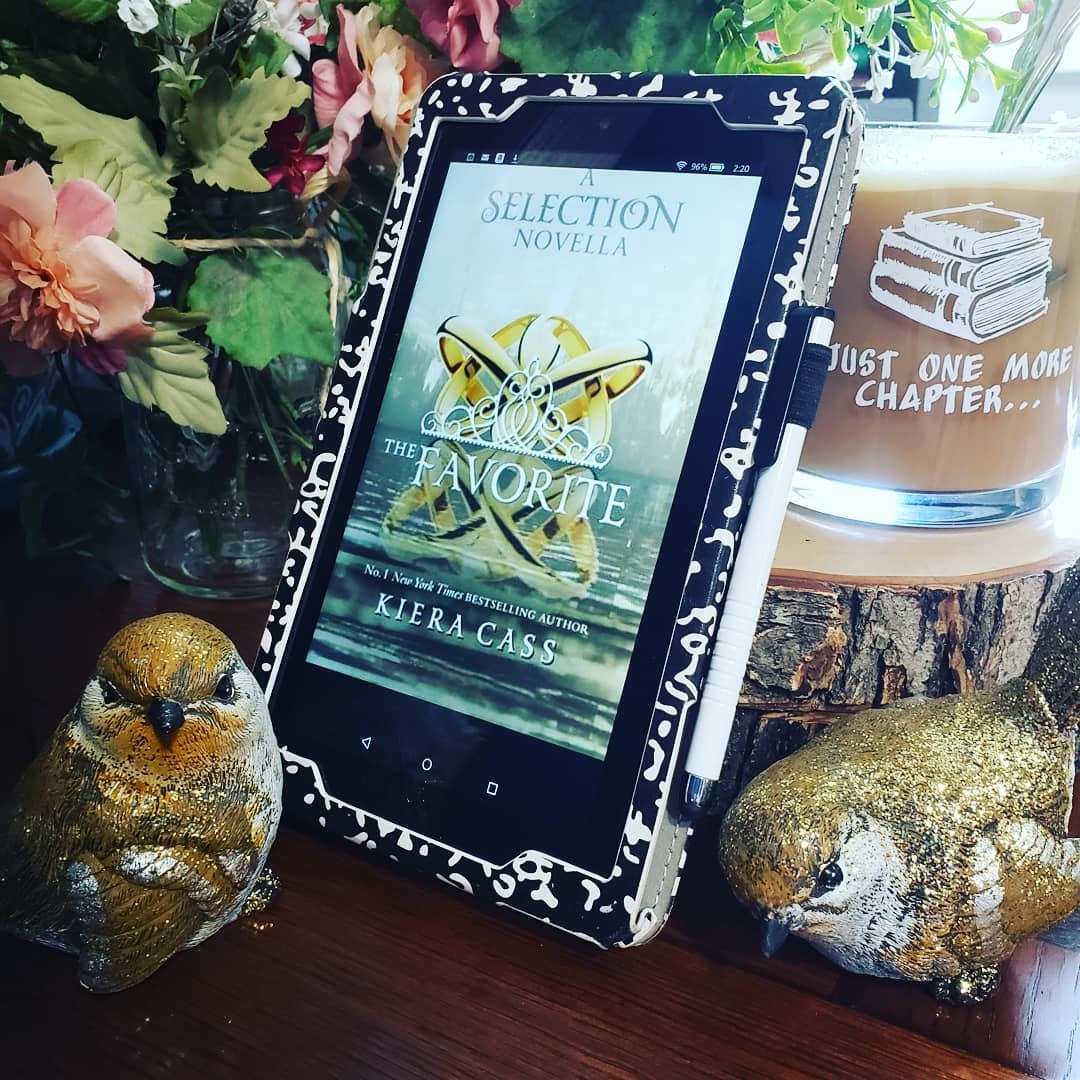 Just before the doors closed, he gave me a wink and a crooked smile, and I was left there, grinning like an idiot

Marlee (along with a gaggle of of other girls) is in a pseudo The Bachelor competition for Prince Maxon. That’s right. This kingdom picks its new queen by a televised reality TV show.

Marlee is the people’s favorite – which carries a lot of weight. And despite being the favorite, Marlee has a pretty big secret – one that even her best friend and fellow contestant (America) doesn’t know. Marlee’s got a man on the side

We already know from the main Selection stories that Marlee:

And in this side-story, we see A, B and C all over again, only with much more drama and with horribly cheesy lines like this:

I’d rather have my last memory be of his death than suffer knowing that his last memory was of mine.

Honestly, how did this kingdom last as long as it did? It’s just one dumb decision after another:

I had found my soul mate. I knew it. And there was too much love in my heart to leave room for regret.

You are honestly telling me that you were so in love with your soulmate that you absolutely had to sneak around with him even though you knew both of you would die if you got caught.

Are. You. Freaking. Kidding. Me.

Gurl. What is wrong with your hormones? How hard could it have been to wait a couple of months? To bow out of the competition? Anything to ensure that you both wouldn’t DIE?

Instead, you just had to risk both of your lives for a little nookie in a castle alcove.

So, America sees what happens during Marlee’s and What’s-His-Face’s sentence…and continues her affair with Aspen.What the what?

Did she not just see the beatings? The death sentences? Why? Just why.

So Marlee and What’s-His-Face are publicly beaten in front of the entire nation. And Maxon has this “clever idea” to hide them in plain sight – as servants in the castle under fake names.

The very same castle that housed Marlee for the last six months and televised her rise and downfall. And it works.

This makes no sense.

Marlee’s face was so prominent (as the people’s favorite) that surely the gossiping servants recognized her. Everyone is so cast-oriented that I cannot believe that they would be fine with two traitor “Eights” in the servants’ quarters.

Which leads me to believe that everyone in the castle must be completely dumb.

I am SO done with all the YA books having to write novellas.

Audiobook Comments
Read by Arielle DeLisle – no complaints there!