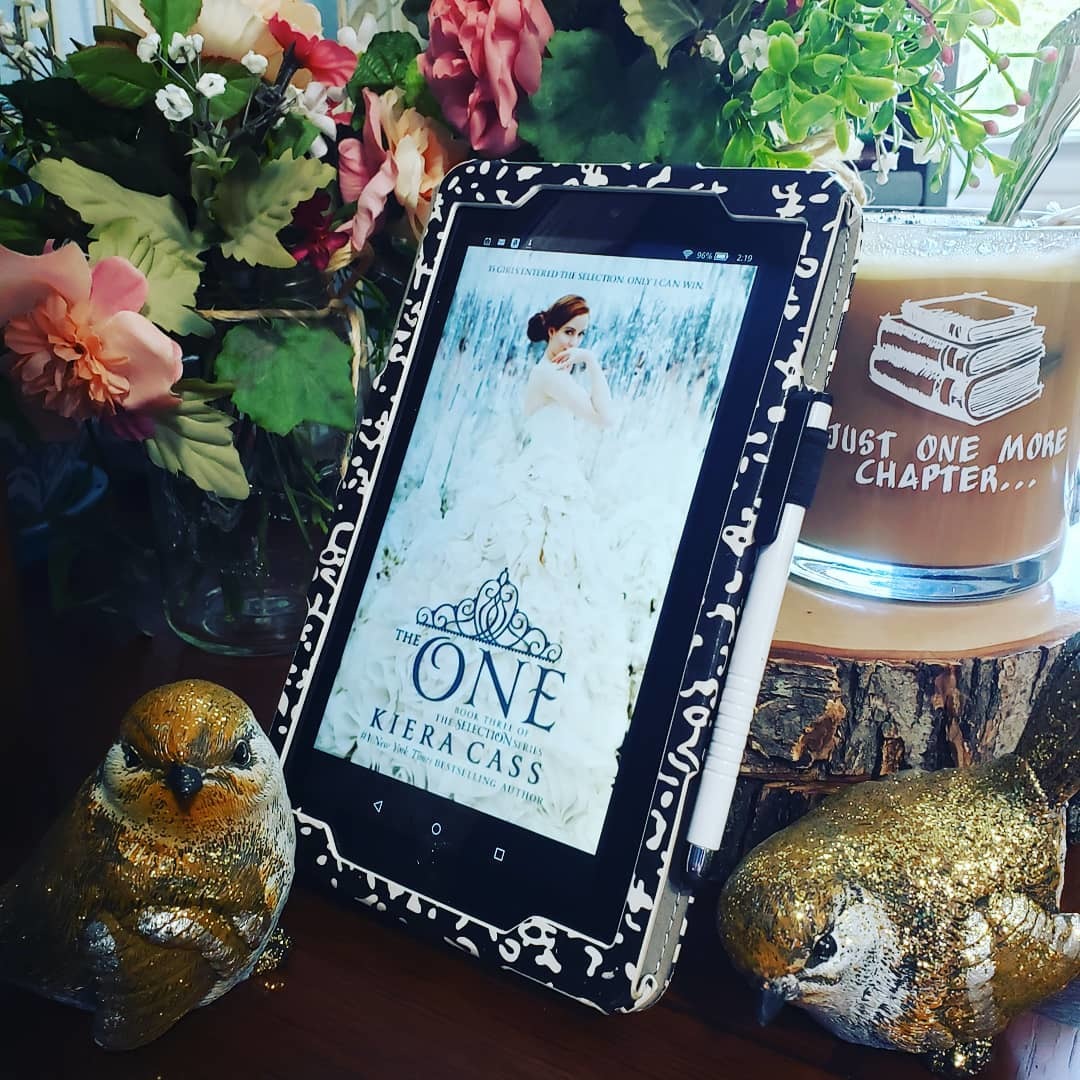 America, my love, you are sunlight falling through trees. You are laughter that breaks through sadness. You are the breeze on a too-warm day.

Cue the eye roll, this is definitely going to be one of those kind of books.

Break my heart. Break it a thousand times if you like. It was only ever yours to break anyway.

Picking up where we left off, Maxon Schreave (points for having the world’s worst last name) has to make a crazy-hard decision.

And there we were, in the background of it all, holding on to one another. The Perfectionist, the Sweetheart, the Diva . . . and me.

He has four choices left and only one will remain. And that One will marry him and become the queen.

America is still in the competition, but as the crown draws ever nearer, she will have to come to the ultimate decision – face her own demons and become queen or run away from it all forever.

This one was definitely better than the last (honestly, Cass could’ve cut the entirety of book 2 and nothing would’ve been missed.) but I still think it was missing far too much.

The world building didn’t feel nearly as fleshed out as I would’ve hoped.

There’s Southern Rebels and Northern Rebels but no one in the kingdom really knows what they want.

If they were truly a threat, wouldn’t they be called terrorists? “Terrorist” contains the connotation that the country is being attacked while “rebel” invokes feelings of freedom.

Also – did the king give the rebels a spare key? How do they break into the palace every other week? How?

The queen competition just didn’t feel realistic to me – you would think that every girl chosen for this competition would’ve been an excellent choice for queen (after all, why risk anything?) but all the girls seem so flawed and ill-suited to the task.

America, you are full of nothing but bad ideas. Great intentions but awful ideas.

America doesn’t know anything about foreign policy, internal politics or even basic palace manners and yet she was chosen! This girl doesn’t even like to study – is this really the girl you want in charge of the country?

I did like the ending – it is very sweet and charming…it just took too far long to happen. There was too much filler drama inserted just to keep the plot going.

Audiobook Comments
Read by Amy Rubinate – who did a wonderful job with narrating this one. Truly an excellent book to listen to.