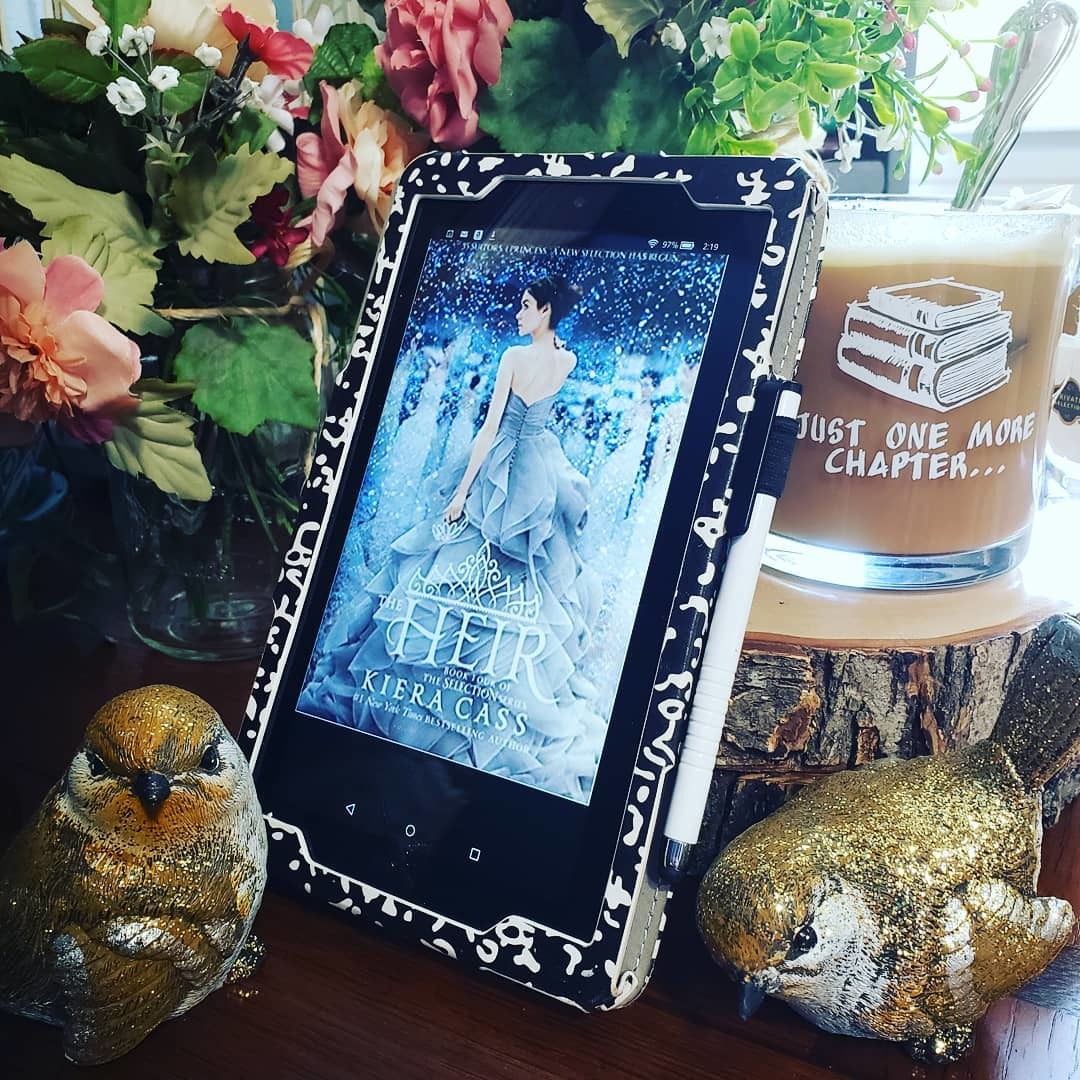 First gutter trash of the year.

Ok – to catch everyone up, America Singer lives in a country where the next queen is chosen ala The Bachelor.

Prince Maxon took three long (lonnnnng) books to pick America to be his bride. Their story is a happily-ever-after-hippie-yippie-lovefest…or is it?

Twenty years down the line, their eldest (Eadlyn) is eighteen and of marrying age.

Since there is a bout of civil unrest, King Maxon and Queen America decide to hunker down, deal with the current socioeconomic issues and really revitalize their country from the ground up.

They decide to marry off their eldest to whatever hunky commoner isn’t creepy and/or a rapist.

Mom put up her hands, cautioning me. “Just listen-”
“A Selection?” I burst out. “That’s insane!”
“Eadlyn, you’re being irrational. ”
I glared at her. “You promised- you promised- you’d never force me into marrying someone.”

However, they did not take into account the most important thing to having a successful televised modern-day bridal auction – having a likable main character

Turns out, the King and Queen spent so much time raising up their country that they accidentally made a bratty, underdeveloped, whiny little twit to inherit the throne.

“I’m a princess. I have everything.”

Hard to distract the nation from their poverty and/or class-related-stress when the nation is too busy abhorring their future ruler.

Didn’t they know who I was…? I was Eadlyn Schreave. No one was more powerful than me.

Poor, unfortunate Princess Eadelyn will have to face her toughest challenge yet – getting people to like her.

I mean…it’s just bad. So bad. This whole series went so far downhill that Jack and Jill can’t even find it.

The first book in this series – ehhh. It was okay. The second and third book were really stretching the theme…and this fourth one? Not worth the paper it was printed on.

Honestly, it just goes to show, just because you *can* write another book in your very bloated series doesn’t mean you should…

The unlikable main character (aka Eadlyn) spends the entire book:

A) Whining about how unfair it is that she’s going to be the next ruler.

What they didn’t understand was that their attempts to make my life fair seemed rather unfair to me.

(Yes. It’s unfair that America decided to break tradition and allow girls to rule the kingdom.)

(And yes, that is the sound of Feminism retreating in her heels).

B) Complaining about how stressed she is – while getting massages and mani/pedis constantly.

I’ve never seen a main character dash off so much to get pampered, all the while going off constantly about how difficult life is and stressed she is.

(she’s probably stressed because of all those appointments – what if the deep tissue masseuse wants to schedule the same time as the royal foot massager?? Oh the conflicts!!)

C) B*tches about all the other females and males in the book.

Josie (Marley’s daughter), who’s only fifteen, just idolizes Eadlyn. Constantly looks up to her and always tries to hang out with her.

…so Eadlyn constantly undermines and tears down that girl. Mocks her for her lack of status and everything about her personality.

The other contestants are constantly picked on and nitpicked.

“This is strange,” I said, picking up one of he applications. “I don’t want to be judgmental, but look at this. I caught three different spelling mistakes for this one.”
Mom took the form. “It’s possible he was nervous.”
“Or an idiot,” I offered.

Multiple suitors are made to cry, and Eadlyn laughs it off.

And then she wonders why the general population doesn’t like her. It’s exhausting to read about how much she hates other people.

D) Avoids any and all work involved with actually ruling her country.

Much like the previous three books, the ruling family of Shreaves (why in the world the author picked a last name like that for a dynasty is beyond me) does little to no ruling.

Their grasp of what it takes to rule a country sounds nothing more than a cursory google search by the author.

How can you HONESTLY expect a season of the Bachelorette to stop a civil war???

But don’t worry, the author does manage to giver herself plenty of pats-on-the-back throughout her spinoff.

“You know how your mother and I met,” Dad [Maxon] began.
I rolled my eyes. “Everyone does. You two are practically a fairy tale.”

Such a waste of time.

One thought on “The Heir – Kiera Cass”