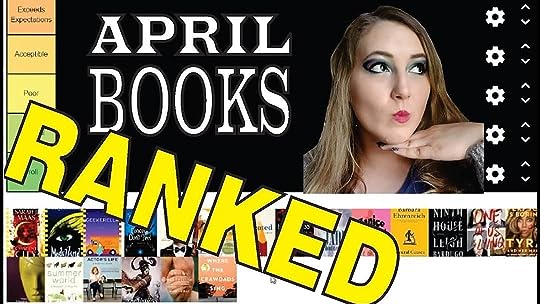 New Month, New Tier List! Click Here to see all the books read in April and where they rank!

Onwards to the written review! 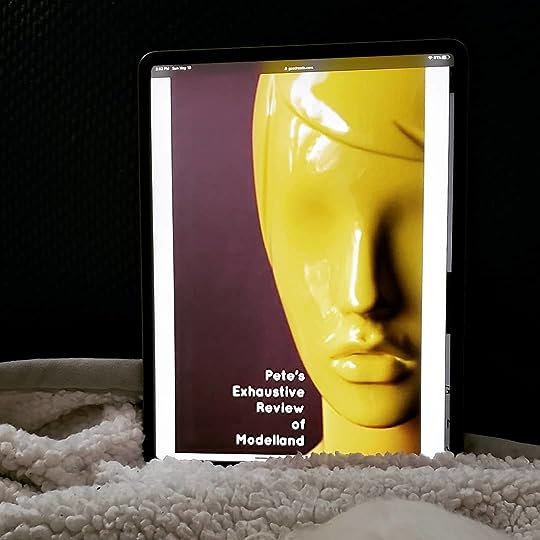 I don’t know if this was made up by Tyra at the end or planned all along, and I can’t decide which is worse.

I have never 5-starred a book review so fast…though, to be fair, I’ve never reviewed a review before either.

If you’ve ever seen the later seasons of America’s Next Top Model, you will have seen some references to Modelland (anybody else still wildy confused by the cycle 17 promo)?

Modelland is the first book in a trilogy (of which the second and third books are VERY unlikely to see the light of day) written by Tyra Banks.

Tyra Banks is (without a doubt) known worldwide for her stunning good looks, her smizing and her knack at being wildly offensive, yet somehow able to get away with it.

But her books? Ehhh…they’ve become somewhat a black hole in her life.

But why was this book such a flop?

In the times where we could not sneeze without a celebrity memoir or a YA series written by a celeb being thrown at us…why didn’t Modelland stick? (Glad you asked!).

One brave man, by the name of Pete Derk, sought out that reason in the name of SCIENCE (okay, okay, he set up a go-fund-me and someone chipped in a hundred bucks).

I’m reading Tyra’s Modelland now, and whewww…it’s been two months and I’m honestly blown away by how bad this book is.

This man deserves a round of applause and a stiff drink. Cause the level of nonsense in this book is truly stunning.

I’m reading Modelland…I think it’s level of suck is kind of astonishing considering the available resources and options that could have improved it.

Derk wrote a fifty THOUSAND word review on Tyra Banks’ book – and let me tell you, every word was worth it.

In Chapter 6 we meet the 7Seven.
And already, goddamn it…How does a person say this? “Seven-seven”? “Suh-seven”? “Guh-fuch-yah-selv”?

Cause, let me assure you, as I am reading Tyra’s book I am constantly and consistently overwhelmed. The sheer opulence and ridiculousness – the completely UNNECESSARY word choice and Naming of Things.

And Derk’s review? A godsend.

Cause every time I am about to give up on Tyra’s book, I remember something that he wrote:

Evanjalinda, with the power of Chameeleone. There’s supposed to be an accent on that last letter, but I’m not going to dignify this ridiculousness with that many extra pixels.

And that gives me the strength to go on.

Now, while this short-story-slash-review might seem over the top to some, I really want to assure you all that it is worth it.

He has a knack for picking apart the stuff in this book and giving them such a hilarious twist that literally had me laughing out loud.

Of course, the runaway plan doesn’t work. What foils it all? What could possibly stop this juggernaught of a genius plan which consisted of “wake up 20 minutes early and walk out the front door”? Tookie’s parents are awake.

I just…I couldn’t handle how hilarious this review was.

Curses. It’s like a goddamn Ocean’s 11 movie, everything was in place just so, and one little oversight ruined it all.

And one thing that I really appreciated about this was that it never felt mean or vindictive.

He definitely called Tyra out on things-that-did-not-belong-in-books or ridiculously-over-the-top-stuff, but he does it in a surprisingly light-hearted way.

…Ci~L…we’re told how to pronounce this name, and the tilde has NO effect. “See-ell.”

Good. Good thing that happened. I guess that shit’s not getting much use on the keyboard.

…Do I think Tyra just looked at the keyboard and said, “Hey, THIS thing!”

He doesn’t let her get away with annnnything either.

…tongue reading is the ability to look at someone’s tongue and determine their favorite food. Which is kind of a worthless superpower because

A) You have to grab someone’s tongue, and
B) You can just ask.

Also, I just love his philosophy on reviewing in general.

And it’s something that I’ve applied to my own reviews – when someone is doing the best they can with their resources and ability, don’t be a jerk and tear them down.

But, if they did have all that and more at their disposal and they just…didn’t bother…then by all means, put in your two cents.

When someone says that an artist spent a lot of time on something and therefore it can’t be criticized, I take issue….Commercially viable art isn’t just about dumping the contents of your head into or onto a medium.

All in all, this review was so totally worth it. I loved it. I’d actually recommend reading it BEFORE you read Tyra’s book – so that way when you’re forcing your way through yet another clown car worth of characters, you have fond memories to look back on.

Q: Do you really think Tyra wrote this herself?

A: I do, 100%.
…why? Because it’s too freaking crazy…If you were a ghostwriter, and you turned in this 550 pages of balls-out crazy, you would be fired. Correctly.

I’m sorry my review is only 1,000 words, I can only hope I have done your book justice. If you are willing to toss me a hundred bucks, I could attempt a 50k review of your book :)Interested in this one from Peter Derk? Buy it here:  Amazon