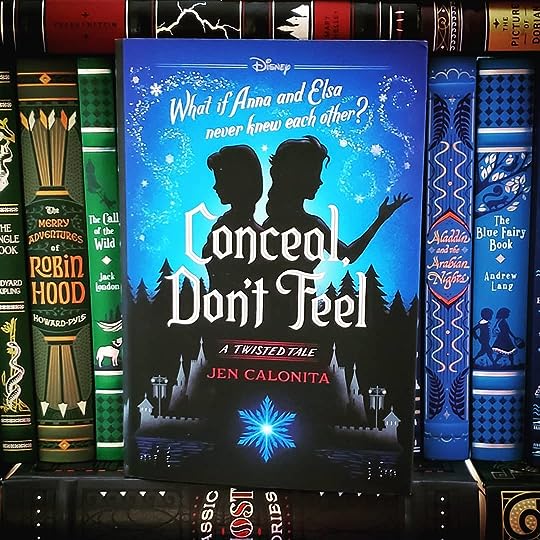 “Princess Elsa…you are a threat to Arendelle. You are going nowhere.”

Frozen – the quintessential childhood movie – is back again, but this time with a BIG twist.

Elsa racked her brain, trying to think of who the truck could belong to. A name was rolling around in her head…A…A…A…it was stuck.

In this alternate reality, Anna and Elsa have never met.

Well, technically they knew each other at the very beginning but their present-day selves have absolutely no memory of one another.

Even with a fire raging, the house felt colder than Anna remember its ever being in winter.

But then, just as Elsa is to be crowned queen of Arendelle – there’s a snag. One so big that she hurtles herself into the woods.

Arendelle is plunged into a bitter winter. With supplies running low, Anna decides she will leave her adoptive parents and travel to Arendelle…but will she be too late? Will Arendelle be lost forever?

This was a LOT of fun to to read!

I also quite liked the plot to this story – it was fun to follow this alternate version, especially with the original fresh in my mind.

Anna and Elsa were a couple of fabulous characters – their personalities were so vibrant and distinct. It was so much fun to read their takes on the typical events!

One thing that I really appreciated is that THIS version of Frozen makes far more sense.

I always thought the reasoning behind most of the major decisions in Frozen was a little bit flaky and the magic system left much to be desired.

I don’t want to get too much into it because much of the plot revolved around that but overall, I was quite pleased with the logic behind the girl’s separation (though, the magic did seem a bit wild still).

While the book could never live up to those gorgeous songs from the movie, I did quite like the little references here and there to the songs.

All in all, this one was a delightfully fun book and I quite enjoyed reading this one for the very first “The Plot Thickens” book club!

Interested in this one from Jen Calonita? Buy it here:  Amazon