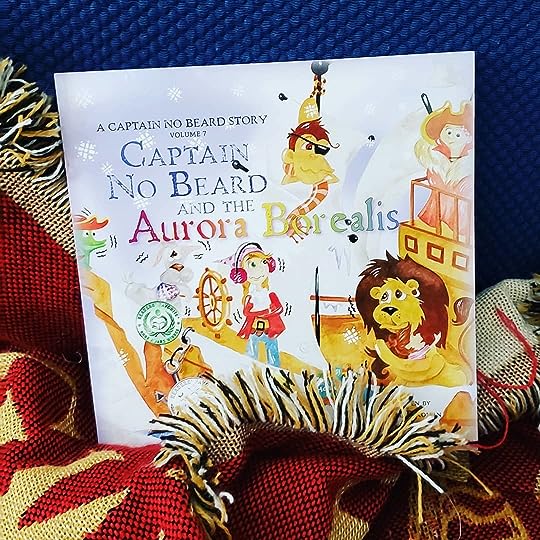 Captain No Beard blew on his fingers to warm them up.

Captain No Beard and the crew of the Flying Dragon are on another adventure…but this one is taking them on a path they never could’ve expected.

“Iceberg, off the ship’s bow!”

The Captain is up to something…but no one can think of that that is.

All the crew knows is that they are sailing due north, under the light of the North Star and it’s getting colder by the second.

The Captain has plans to steal – the aurora borealis – but they don’t like his plans.

Will the crew see the aurora borealis? Or will there be a mutiny on the Captain’s hands??

As a huge fan of winter and anything to do with the North – this one was was (of course) a huge hit for me.

It was fun to watch the crew sailing where they never dared before – and dealing with situations that they never expected to handle.

Also, I (of course) loved the way Lemaire illustrated this wintry adventure – especially the borealis – beautiful!

All in all, this was a fabulous addition to the No Beard family!

Interested in this one from Carole P Roman? Buy it here:  Amazon