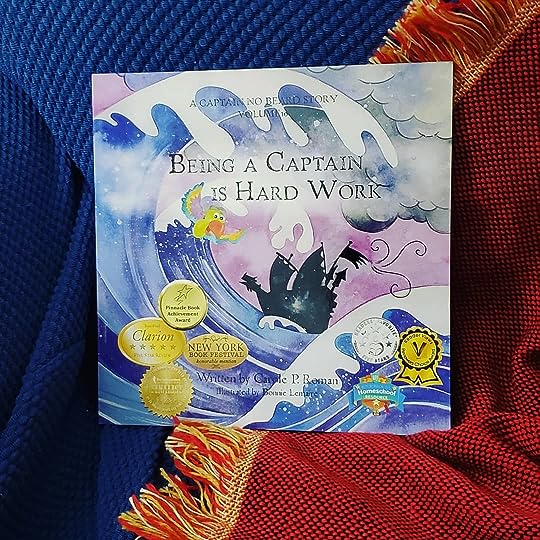 Captain No Beard stood on the deck of the Flying Dragon and watched his crew hard at work.

Another day on the Flying Dragon – everyone is doing what they do best…everyone except the Captain.

When Mondo the Monkey says not to sail, the Captain overrules.

Captain No Beard shook his head. “I don’t believe so, Mongo…I think we’re good to go.”

The Captain is making a lot if decisions, but he isn’t taking the time to think them through.

The sea swelled, raising the ship so that it hung suspended in midair…

The crew is getting angrier by the second but who will stand up to the Captain!

Why do you think you have two ears and one mouth, Captain?”

This one ended up being super cute!

I loved how Roman showed that being a leader is important – but not as important as listening to others.

I adored the sass from Hallie this round – she absolutely calls him on his bossiness and puts him (firmly) in his place.

And it was a lot of fun to see all of the characters just go about their lives on the Flying Dragon.

As always, so happy with the illustrations and the overall adventures.

I’m so sad that this is the last one of the series.

It’s been such a fun adventure with the crew of the Flying Dragon and I’ll keep my fingers crossed that there will be another one someday!

Interested in this one from Carole P Roman? Buy it here:  Amazon