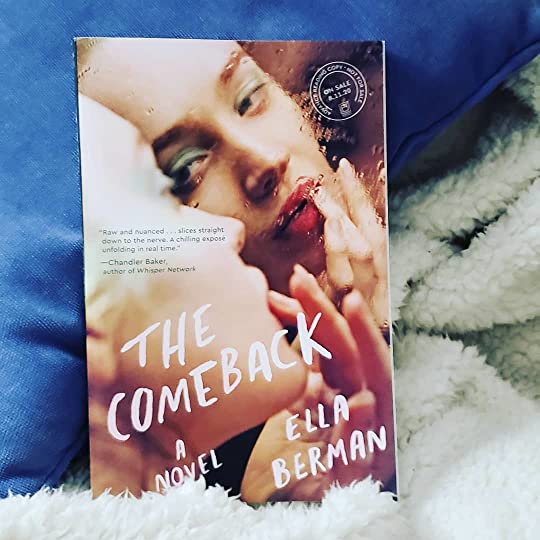 “You know, I don’t expect you to give me any special treatment, but I thought you could at least pretend to like me.”

Grace Turner – former child star, current disaster-girl – has spent the last year away from the public eye (aka hiding).

Looking back, I felt ashamed of how much I wanted it all.

She’s newly sober and permanently numb, but for the first time in a year…she finds herself beginning to come out of her self-imposed isolation.

Able Yorke – the man behind Grace’s rise to fame – is about to receive a lifetime achievement award and Grace is asked to present it and she’s never felt colder.

I was untouchable, unstoppable, hurtling down a path to immortality so rapidly, so immaculately, that not one person stopped to question how it all worked so well…

She’s confronted with the fact that no amount of hiding could cover up what happened to her…and now she has a choice. One that will change her life forever.

So, objectively, this one was well-written.

The characters felt believable and the emotions that were wrought from me were real. Grace’s survival was poignant and impactful.

The flashbacks worked really well with the story format and served to bring about emotional change within the main character.

It has an ode to the #MeToo movement and gave me serious Speak vibes.

However, much like the original Speak, the pacing felt off to me. There’s lot of this book is spent…waiting…as Grace’s character develops and as events slowly unfold. I wished that there was more action – particularly at the end – to really give that self-righteous oomph that I feel would’ve given that book an essential lift.

A huge thank you to Berkley Pub for sending me a free copy in exchange for an honest review!

Interested in this one from Ella Berman? Buy it here:  Amazon