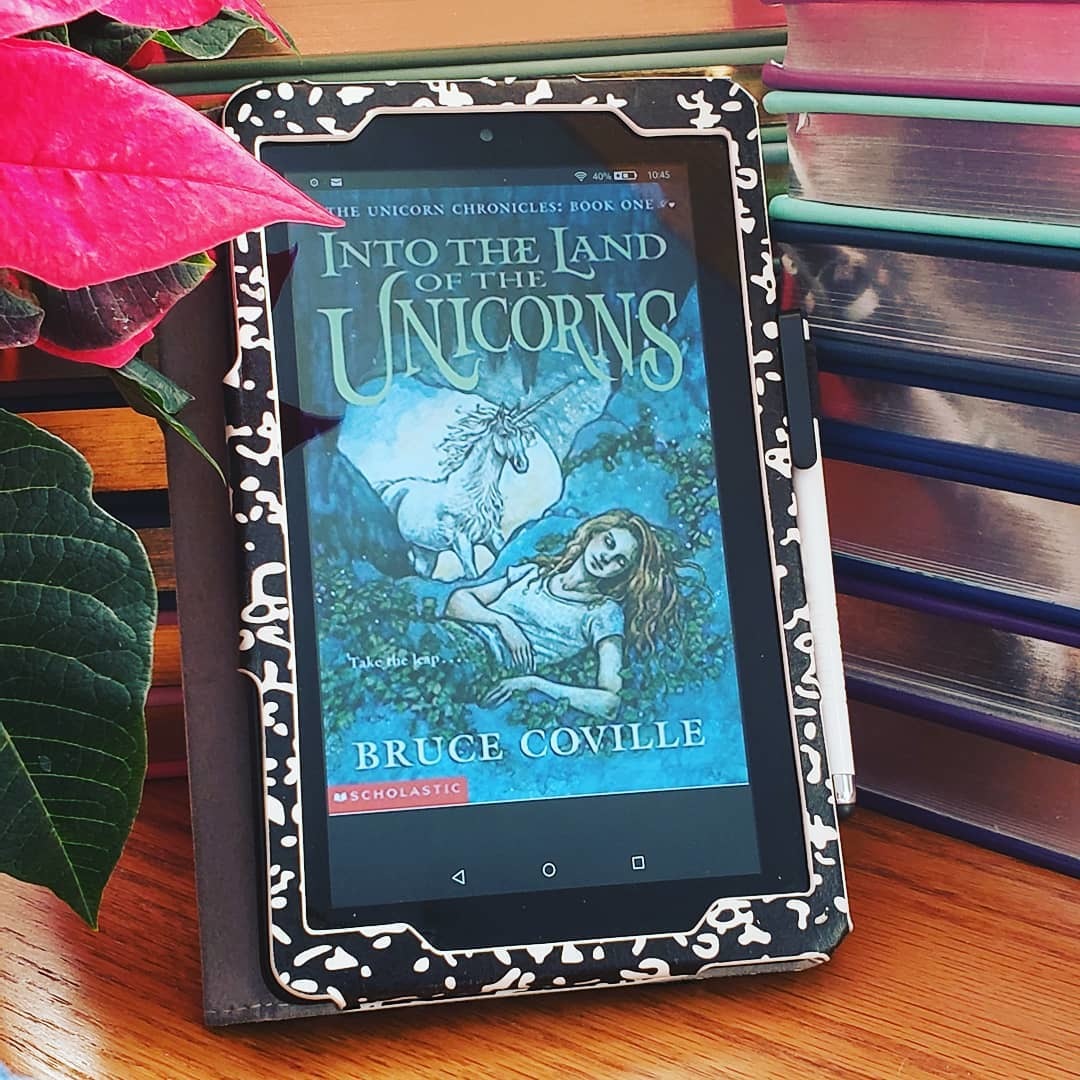 “Grandma, is that man following us?”

Cara, raised by her grandmother, always knew things were a little off…

Her grandma was always insisted that unicorns were real – and Cara used to believe too – until kids from school tease her.

But then…they get followed by a mysterious man and her grandmother forces Cara to take the “special” – an amulet that her grandmother always claimed contained great magic.

Reluctantly, Cara climbs to the top of the bell tower and much to her stride escapes into another world.

And…much to Cara’s surprise, her grandmother was right.

Luster, the world of unicorns, is so much different from the “real” world – it’s everything Cara imagined and more.

Cara has a mission – get the amulet to the unicorn queen and save her grandmother. But the road is treacherous and there are creatures all around trying to stop her.

Almost instant, as if by reflex, her fingers flew to her throat.
The amulet was gone!

I am a huge unicorn fan and this book was one of my absolute childhood favorites.

There’s just something about this book that takes me on a journey.

I have read it over….and over…and over…each time enjoying something new.

Whether it be the wild, whimsical world or the quirky side characters or the beautiful glory of unicorns.

I love Cara’s childlike sense of wonder and her strong determination to right what’s wrong.

The twist at the end was a bit…well..transparent now that I’m adult but I totally didn’t see it coming when I was younger!

This round I went for the audiobook and the full-cast was awesome…though a little much. It almost felt like there were too many voices and I would’ve preferred to just have one, really good narrator.