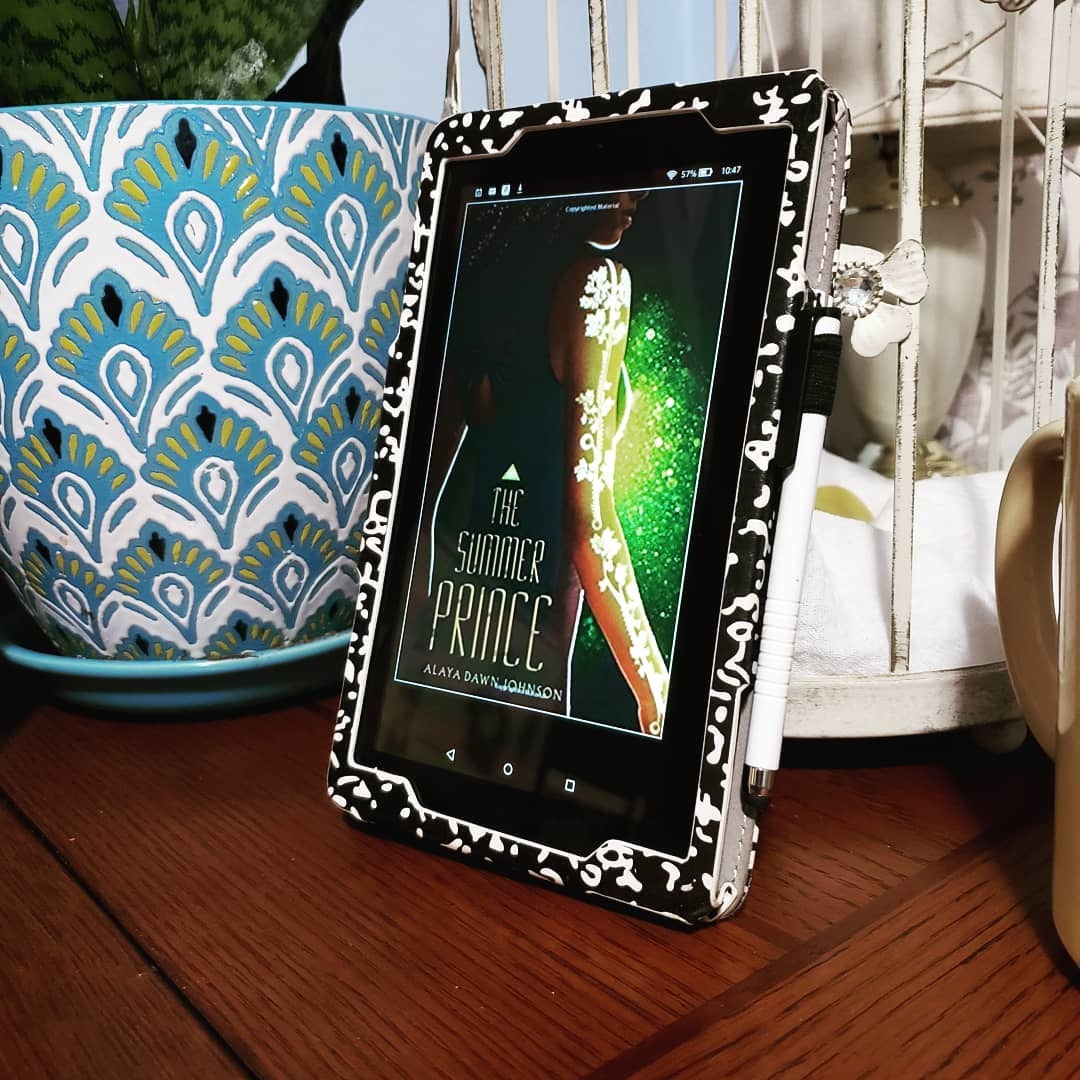 I mean that sometimes, you turn out the lights just to turn them back on.

I really want to write a hardcore rage-y review on this one – but I really can’t. I just can’t.

I listened to ten hours of audiobook and just feel…empty. Numb.

I despair at the thought of dwelling on this book any more than strictly necessary.

The past stands in the path of the future, knowing it will be crushed.

To summarize: this futuristic steam-punk(ish) world is ruled by Queens.

The Queen is elected once every X years by a summer King (who’s chosen via popularity contest).

And then they murder their kings.

The kings die so that their choice of the next Queen can be irrevocable, unassailable, and unprejudiced.

which (to me) boils down as – no backsies. the King can’t reverse a decision is he’s dead.

Our main character, June Costa, is a teenager living in this brutally violent world.

She expresses herself via extremely poetical language and vandalism (only she sees it as “making a statement”).

She’s in love with Enki (the new summer prince – who inexplicably is never called a king).

After much campaigning and effort, Enki becomes prince…and then June’s like, “oh sh*t. he gonna die.“

So, she wastes away making art, finding secrets, saying hugely complicated sentences that have no meaning:

In the dark, I seem to stretch. Without a body to witness, I grow and grow with my pleasure. I feel like a constellation, a concept hung on a scattering of stars.

And falls deeper and deeper in love.

I open my mouth — to scream, I think, or maybe just to cry — but he puts a careful finger on my lips. I breathe a little of his steam, and it warms me all the way through.

and eventually…things just kind of fizzle into reality and she’s left with a world she no longer wants.

The entire book was simultaneously too much and too little.

It was hugely confusing, extremely annoying and far too much flowery language without anything concrete happening.

There were so many little flaws – i.e. the ritualized murder yet supposedly an advanced society. There wasn’t religion attached to it – the people just wanted to kill the king.

There was too much Special Girl Moments – June is the ONLY one of the ENTIRE city who decides that MAYBE they shouldn’t murder. The ONLY one who wants to EXPRESSherself via art to cope with her TRAGIC past.

There was too little world building – it started off really interesting but never fleshed out into a cohesive whole.

There was too little time given to the other characters – I really have no idea who was who.

It took me until 1/2 to realize that one of the ruling “aunties” was June’s stepmother, who married June’s mother after her father passed away (or was it suicide? Honestly don’t know at this point).

I wish I had something more concrete use in this review but after a ten hour audiobook…that’s as much as I got. Lots of headache.

Audiobook Comments
Read by Lincoln Hoppe and Rebecca Mozo – they laid the drama on a little thick but other than that, the audio wasn’t too bad.

Interested in this one from Alaya Dawn Johnson? Buy it here:  Amazon