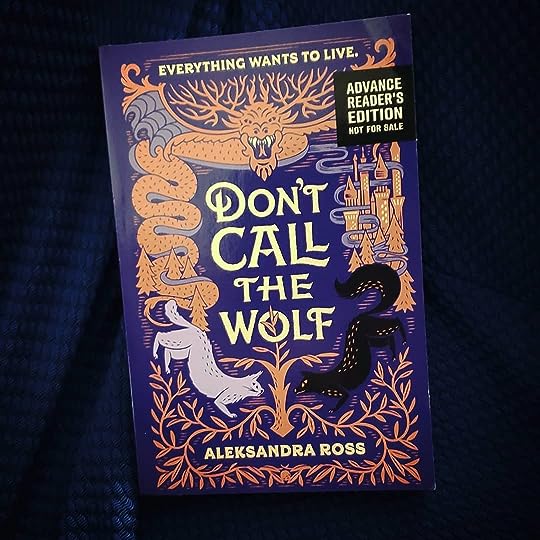 “Evil wrapped itself around the little village. Evil walked the crumbling streets…It looked down from the rafters with glowing eyes”

Ren, the seventeen-year-old forest Queen, spent her entire life fighting monsters in her forest and protecting the remaining human villages within its bounds.

And then, from that darkness, rose a queen

She’s a shifter and can transform into a lynx. She was raised by her fully lynx family, thus she has many wild and monstrous habits that cause the very villagers she protects to hate her.

Lukasz is the youngest of the ten original Wolf-Lords (they’re all brothers) and he, alone, is the last one left alive.

They looked, in a word, barbaric

When the Golden Dragon came to the forest (Ren’s forest) and took over, killing all of Lukasz’s people and sending the ten Wolf-Lord brothers out of the forest.

For a time, the Wolf-lords traveled across the country, slaying various beasts that plagued the lands but the city people hated them and one-by-one each of the brothers were drawn back to the mountain in the forest, never to be heard of again.

Lucasz’s last brother goes into the forest and, distraught, Lucasz follows him weeks after. He discovers Ren – a desperate queen in a desperate situation – and after a quick bargain, they team up to defeat the dragon.

This book was really good – it didn’t stumble in any of the major pitfalls that I see a lot of YA falling into.

No love triangle, no quirky side characters – this book had a purpose and it stuck to it.

The adventure was exciting! I was deeply engrossed in the plot and eagerly watched it unfold.

The creatures in this book gave me some serious Witcher vibes – with their wildness and their types – which really gave that book that extra oomph.

Ren was a fabulous main character – I loved her wild fierceness and stubbornness. And I think Lukasz complimented her really well. They made for a dynamic duo.

I read it in a single night (450+ pages) which doesn’t often happen! All in all, I’m really happy to have had a chance to read this gorgeous book!

Interested in this one from Aleksandra Ross? Buy it here:  Amazon

One thought on “Don’t Call the Wolf – Aleksandra Ross”