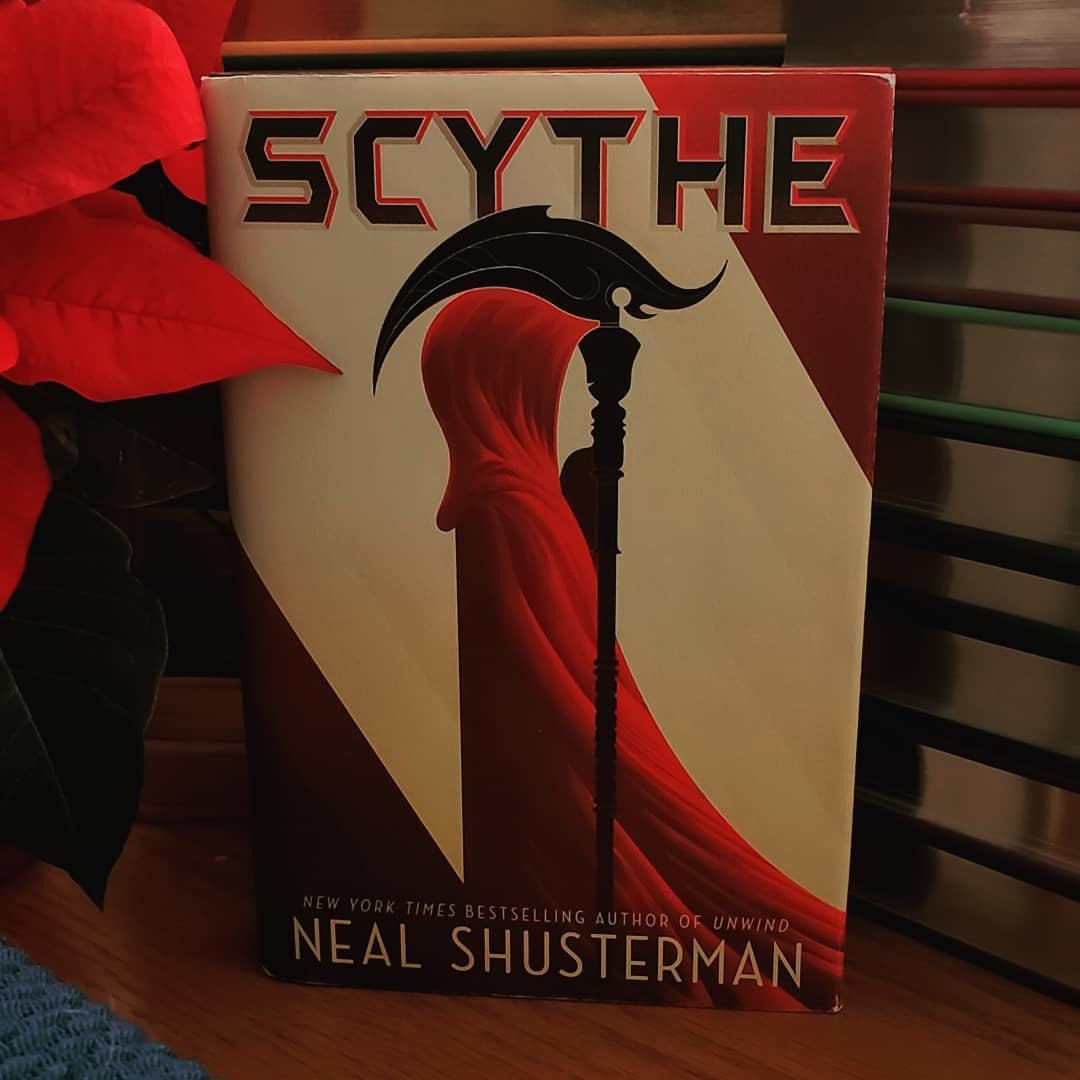 Humanity has reached the great plateau – there’s truly nothing left to do. They’ve conquered world hunger, disease, war….even death itself.

The world is at a standstill and there truly isn’t a thing left to do.

If the world is plateauing…how would you deal with population control?

The answer is scythes – the only approved way to render someone dead – not deadish, but actually dead.

Citra and Rowan are both chosen to be apprenticed under the honorable scythe Faraday. An older scythe who teaches them the art of gleaning – with heavy emphasis on respect and honesty.

And as they learn the practice, they begin to understand and appreciate the nobility and strength that one needs to undergo such a career.

However, something nefarious is underfoot. Not all scythes are as good as Faraday…in fact, some of them are just plain murderous.

All in all, I was pretty dang impressed with this book.

It started really slow – and it was almost to the point that I was going to put it down and just not deal with it for a while…but then…wow.

The book turned around so well at the halfway point and then boom-boom-boom – one sucker punch to the gut after another.

It was absolutely amazing. I literally could not want for any more.

Now excuse me, book 2 is calling my name!

Interested in this one from Neal Shusterman? Buy it here:  Amazon

One thought on “Scythe – Neal Shusterman”