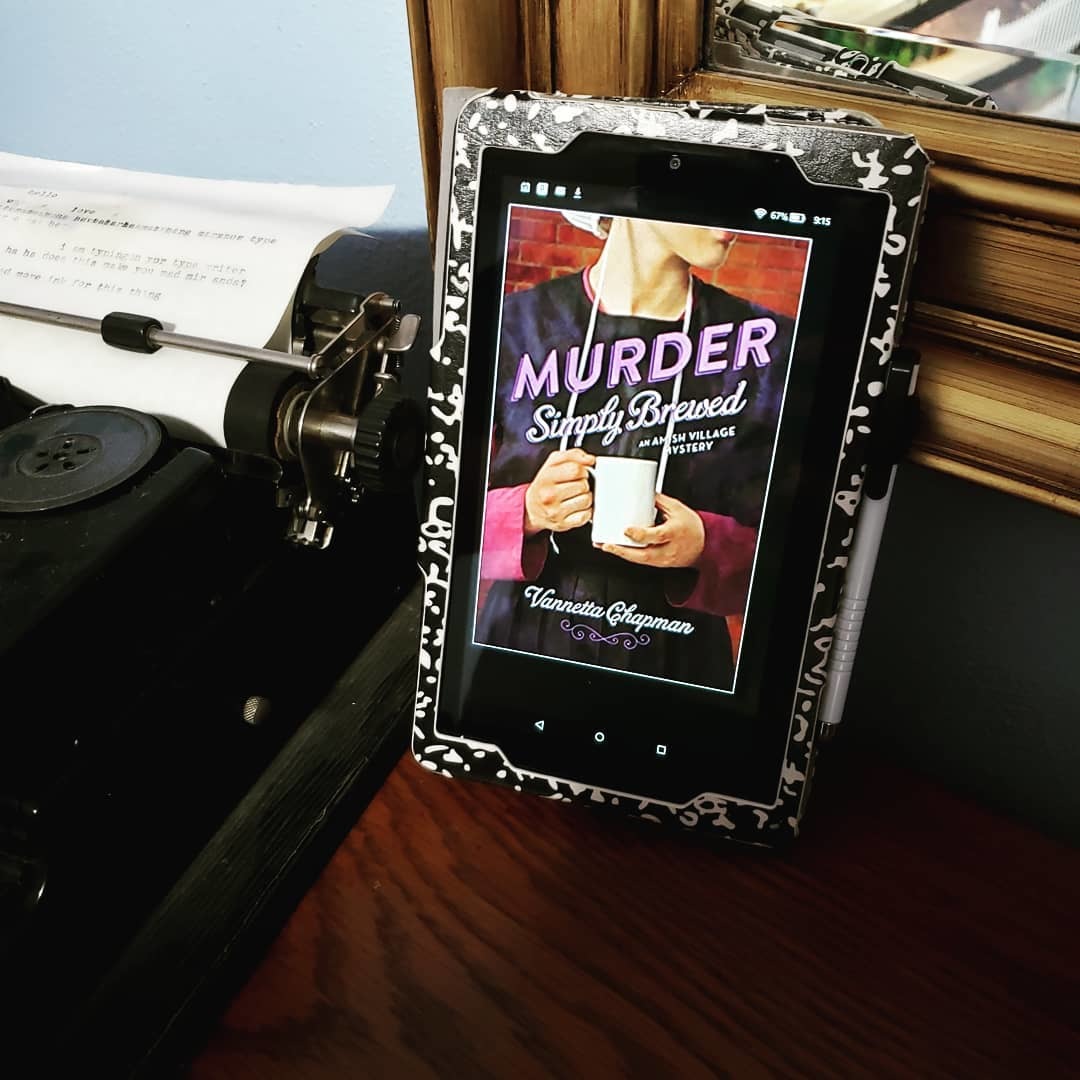 The Plot – aka this is a good start!

Amber Wright manages several Amish artisan shops in Middlebury, Indiana. While she is not Amish herself, she knows and respects the locals customs.

Everything is going perfectly perfect…that is until Ethan Gray (manager of A Simple Blend) shows up dead as a doornail.

It’s up to Amber to figure out this murder…and hope that she’s not the next victim.

Overall – I liked the idea of the plot.

It sounded exciting, it sounded fresh…but it delivered on nothing and lost credibility when we hit the druggie and the boa constrictor.

(Come on Vannetta, are we really supposed to believe that one bad trip on acid turns you into a brain-dead eight-year-old?)

(Also, Vannetta – have you ever actually seen a boa constrictor in real life? Or even googled one?? Is plausibility too much to ask????)

Anyway, to channel my already long and ranty review, I will focus only on The Boredom, The Perfection, The Innocent Romance and Religion.

Probably the biggest problem with this novel is that it’s horribly boring. I do not say this lightly.

I can (and often do) absolutely love a traditionally slow book, but there’s a difference between slow burn and snoozefest.

There was far too much of the dialogue and page space devoted to the utterly mundane.

“Sorry to bother you. The florist delivered them at four thirty, not realizing you’d be gone.”

“You mean they don’t know that I arrive at work at seven in the morning? Service is slipping in this town.”

The quote above is just one of many examples where I’m just left wondering, why is this in here?

Don’t get me wrong, there have been novels where the most utterly mundane aspect charms the ever-living-heck out of me but…this was not the case here.

The Village kept her busy – the Amish Artisan Village…She loved her job as its general manager, even after twenty-two years.

Amber Wright adores her perfect job, her wonderful cat, her small town life, if only her house was – wait, never mind. She loves that too.

“Outgrow the Dawdy Haus? Never!” Amber loved her home. She thanked God for it every night.

If only she could find the perfect man! Oh wait! There he is!

It seemed to him that she looked completely at home in the classic truck, but then, he supposed that spoke more of her personality than of the vehicle.

And he finds her perfect too!

If only there was something to spice life up a bit…

Is that a murder?

Essentially, everyone in this book was positively ingenious, their knowledge of the bible was flawless and they were completely good inside and out.

Which… got real old real fat.

Honestly, the biggest personal flaw I could find was that sometimes (sometimes!) Hannah (22 year old Amish girl) might have a *gasp* terribly vain thought and want to look into the mirror

She prayed many a time for strength to resist vanity.

Thank goodness. The world would not survive otherwise…

Whew. That rant was really bitter, even for me, but honestlythe more I read, the more the annoyance and resentment grew. Things were too good in this book.

There are ways to create conflict when the characters and surroundings are going well, unfortunately that was not done.

None of the characters stood out, simply because they were all cardboard cutouts of perfection and because of that, I disliked them all instantly.

The Innocent Romance – aka this isn’t even borderline stupidity now

I do adore a sweet, innocent romance that develops between two likely (or unlikely) people…but my gawd. These people put innocent into a whole new category of stupid.

Amber, 40ish years old, makes it very clear that she’s not looking for a man…and then sizes up every. single. unmarried. man.

All the while, solving the murder of her employee.

I can almost see her thought pattern, “Gee. It’s a real bummer that Ethan Grey is six feet under but hey…that police officer could totally be a perfect life partner!”

Maybe it’s just me, but I think husband-shopping would take a lower priority when dealing with an actual murder on your hands…?

Apparently the modern woman really can do it all…

And then there’s Hannah, the twenty-two year old Amish girl, who sounds…. well… like she’s a bit slow.

Yesterday had been her birthday, and today was a new beginning. She did not want a guilty conscience worrying her as she began her twenty-second year. Or was it twenty-third? Birthdays always confused her.

For example, she struggles with vanity but it is so childlike about the depth of her sins that it just is weird to read.

Hers was more of a problem of attitude…choosing fabric with colors that accented her eyes, wondering if a small touch of blush and powder on her cheeks might help her…She hadn’t actually worn makeup, but she’d thought of it.

Her inner voice read so young that it honestly felt uncomfortable when she mentioned suitors because the mental picture was of a kid.

There is a difference between making a character innocent and making her a complete child.

The Religion – aka where’s my shoehorn

I don’t really have the time nor the effort to truly get into this one, but suffice to say that everyone was perfectly versed in the bible and ready to cram down the teachings at a moment’s notice.

I don’t mind religion in a book – in fact I love characters who embrace their religion (it feels so rare to find that nowadays!).

But I do mind it when it’s ham handedly done.

Hannah was reminded of what her bishop had said to her when she’d spoken to him of her dreams. “Our mind has a way of working out our fears, but God–he has a way of making us a new creature if we let him.

And when it’s unrealistic.

I cannot remember the last time I visited a town where everyone was equally religious and was completely and wholly in unison with God…but fear not.

Middlebury is that place.

The Scripture was given to us to teach and to uplift. To provide a path to God.

I could understand if the Amish were mostly the devoted ones but it almost felt like the author was afraid to include someone who wasn’t devout.

It was just so over-the-top to the point of being completely and utterly annoying.

Overall – aka what a terrible introduction to Amish novels…

I have always been curious about Amish novels.

There are so many of them, they have such cute little hats, and I like the idea of a romance book where SEX is not the main goal of the characters…but this one felt so utterly blah.

I’m honestly ready to give up on this entire genre right here and now.