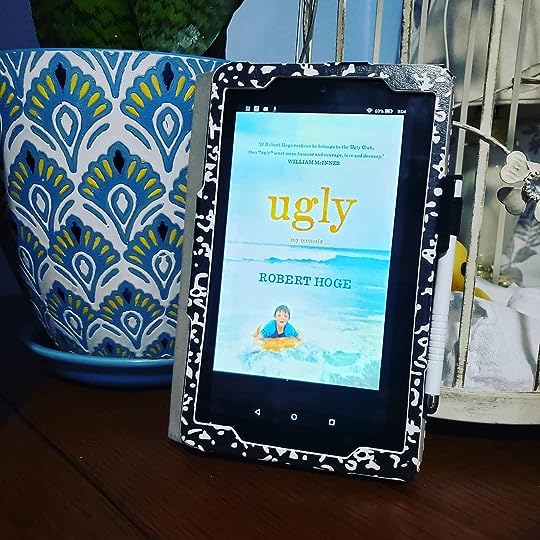 Our faces let us look out and know others and let them know us.

Due to a large facial tumor, Robert Hoge had severely distorted facial features. In addition, his legs were also malformed and nonfunctioning.

It was such a complete shock that his mother could barely look at him at birth and severely considered leaving him for adoption.

But, with the help of the family, she brought him home – determined to make his life as normal as possible.

At first, it worked…but then the other kids in his cohort got old enough to talk.

And my first response was to hide it all away, bury it.

And yet, Hoge’s solid family life was enough to bring him through.

So. I liked this one. And I really loved the message it sent to the audience.

Now, I know this is going to sound awful but I was really happy that the main character (Hoge) started and ended up ugly.

Now before you reel back in horror and your keyboards alight in fire with furious typing – hear me out.

How many books that focus on kids with disabilities end ONLY after the kid has been completely and utterly cured?

What kind of message is that?

That happiness is only found AFTER you miraculously cure yourself?

And how many kids have learn to come to peace and thrive despite everywhere they look, the media shows happiness only after they’re “fixed”?

So, I think this book is incredibly important – not only for normalizing disabilities BUT ALSO not curing them for the sake of a heartwarming ending.

So all in all – this book rocked.

Audiobook
Narrated by the author, and he did a really good job of reading the book. Loved the tone and inflection.

Interested in this one from Robert Hoge? Buy it here:  Amazon

One thought on “Ugly – Robert Hoge”