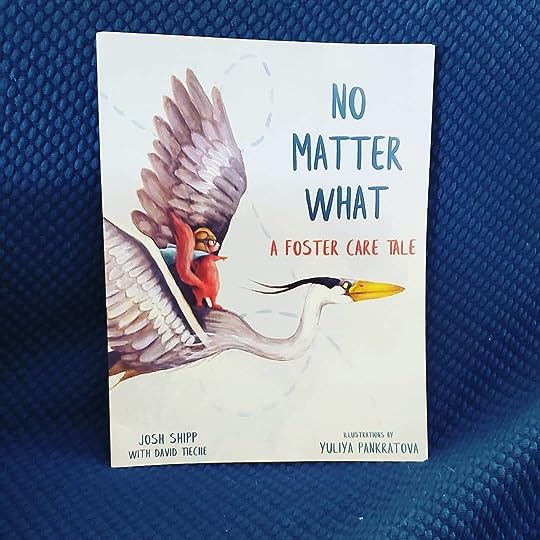 Grace the stork was flying over the forest when she stumbles upon a little squirrel named Josh all alone.

She tries to find him the right family but after the pelicans, the porcupines and the kangeroos all reject Josh, he comes to a scary realization.

Nobody is ever going to want me, Josh thought.

So for the next family that Josh gets put with, he has a new plan.

Right then and there he decided – “I’ll crack them before they crack me.”

He won’t have to worry about rejection if he gets to reject the family first.

But then…Josh gets placed with the elephants.

They’re old. They’re slow. And he uses all his best tricks on them.

But, every time he thinks he’s going to get thrown out, they say:

“No matter what you do, we love you. And we’re not going anywhere.”

Could the elephants be Josh’s real family? Or will this little squirrel be alone forever?

This book was like a punch to the gut… but in a good way (if that makes sense).

And I’ll admit it. This picture book got the tears flowing (first time that happened with a children’s book!)

There’s just something about a little kid-squirrel trying to be grown up and brave, but failing miserably.

And then finding a family that will be perfect for him but being afraid to trust them…and then trusting them and finding his true family. Such a powerful concept and story.

The illustrations were really evocative of the emotions of the animals and were beautifully detailed. It really brought the book up to another level.

All in all, I was blown away by this book and I cannot recommend it enough.

A huge thank you to Familius Publishing, Josh Shipp, David Tieche and Yulia Pankratova for sending me a free copy in exchange for an honest review.

Interested in this one from Josh Shipp, David Tieche and Yulia Pankratova? Buy it here:  Amazon