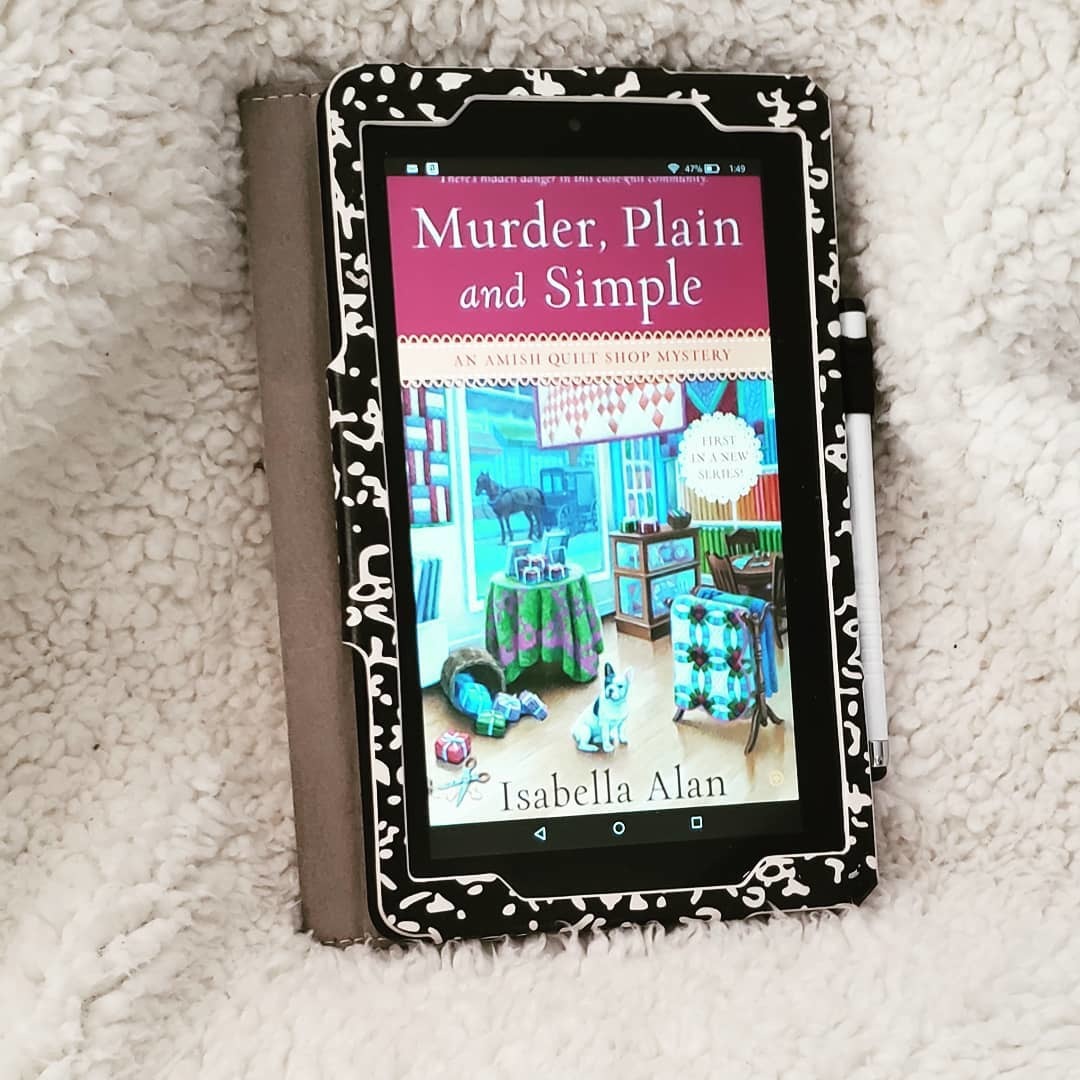 In my everlasting effort to find a good – nay, a great – Amish love story…I find myself here. Sigh.

On the heels of my broken engagement, I learned I’d inherited my Amish aunt’s quilt shop, Running Stitch

Angela Braddock is ready for a restart – so she leaves her career, her ex-fiance and her old home and sets off to Holmes County, Ohio to take over a quilt shop.

The clientele are mostly Amish, and while some are welcoming…others? Not so much.

People aside, Angela soon learns that she has a much, much bigger problem.

The deed to her inherited shop is missing and then…the one person who loudly contests that…winds up dead. In her shop.

With fingers pointing everywhere, Angela needs to do something (and fast!) to clear her name!

First off – kudos to this book for being the only book that’s ever seriously used this phrase: “She’s not the only one with a watermelon motive.”

Second off – I have not met a more dense main character in a long, long time.

The book started off decently enough.

Angela Braddock and her cute little frenchie move into the new community and pick up the shop. But then…the murder happens.

A cute police officer takes her statement and does a standard set of questioning to her.

TO which, Angela interprets as him believing she’s the murderer…and then the rest of the book consists of her trying to find the REAL murderer.

It just got…really ridiculous…considering how hard Angela tried to “prove” her innocence and how all of her efforts just made her so dang suspicious.

And what does Angela do?

Interested in this one from Isabella Alan? Buy it here:  Amazon