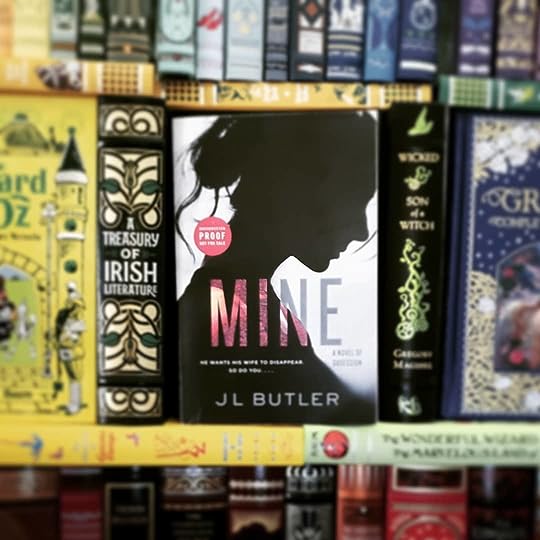 Usually I loved hearing the sound of his voice, but that afternoon I could hardly bear to speak to him, not after the things Phil had told me which had jolted me into a reality I did not want to face.

Francine Day, a divorce lawyer, has spent years bringing her career up to this level.

She is strong, ruthless and lives by an iron code…until Martin Joy comes into her life.

Martin Joy, her latest client, is rich, handsome…and there’s just something about him that sends her sizzling in the wors way.

They circle, coming ever closer to each other…and disaster.

When Martin’s wife goes missing, he’s the top suspect and Francine is devastated.

She can feel herself cracking – and she has to get to the bottom of this or she will lose herself entirely.

So, I won this one on an Instagram Giveaway ages ago…and two years later…I finally got around to reading it.

Overall, this one felt interesting but not stunning.

In all fairness – this is technically well-written. It was solid in composition, pacing and setting…but there were other aspects that overshadowed that.

I was intrigued by the ever growing personal drama but about halfway though it felt like too much.

Instead of being amazed, I felt tired.

It was exhausting with every twist, turn and grand reveal.

I couldn’t connect to the characters. Maybe it’s because I’m just too far removed from the divorce lawyer world but to got that far for a man? It felt unbelievable.

I ended up disliking most of the people in the book and that kept pulling me out of the story.

Interested in this one from J.L. Butler? Buy it here:  Amazon