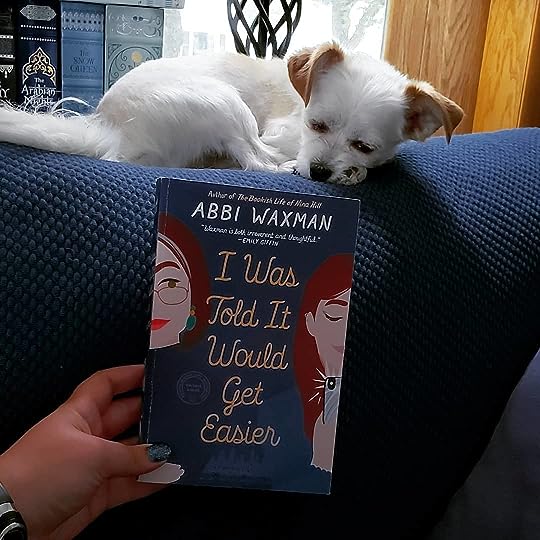 “Beauty always fades, but it lasts so much longer if you lay a thick layer of intelligence and integrity underneath it.”

Jessica is a one-woman powerhouse. Lawyer and mother, she’s thought she’s seen it all…but nothing and I mean nothing could have prepared her for this.

Not the courtrooms, nor the late nights could have ever gotten her ready for a teenager.

But all that’s going to change on Jessica (and Emily’s) college-tour-roadtrip.

There will be fights.

It’s what you do with it that matters! It’s all the goddamn same!!

There will be mayhem.

Regret is one of those emotions that outpunches reality: Even if you 100 percent could not have done things differently, it still pops up and takes a jab.

It’s the world’s most wonderful and most terrible job, and if you do it well enough, you get fired.Oh man. This was a wonderful little book.

It took me back to those times where my teenage self was coming to terms with adulthood.

How I simultaneously needed my mom for every aspect and needed a continent’s worth of space between.

I loved the way the book developed and how the mother and daughter’s relationship changed.

Such a truly unforgettable book!

Interested in this one from Abbi Waxman? Buy it here:  Amazon