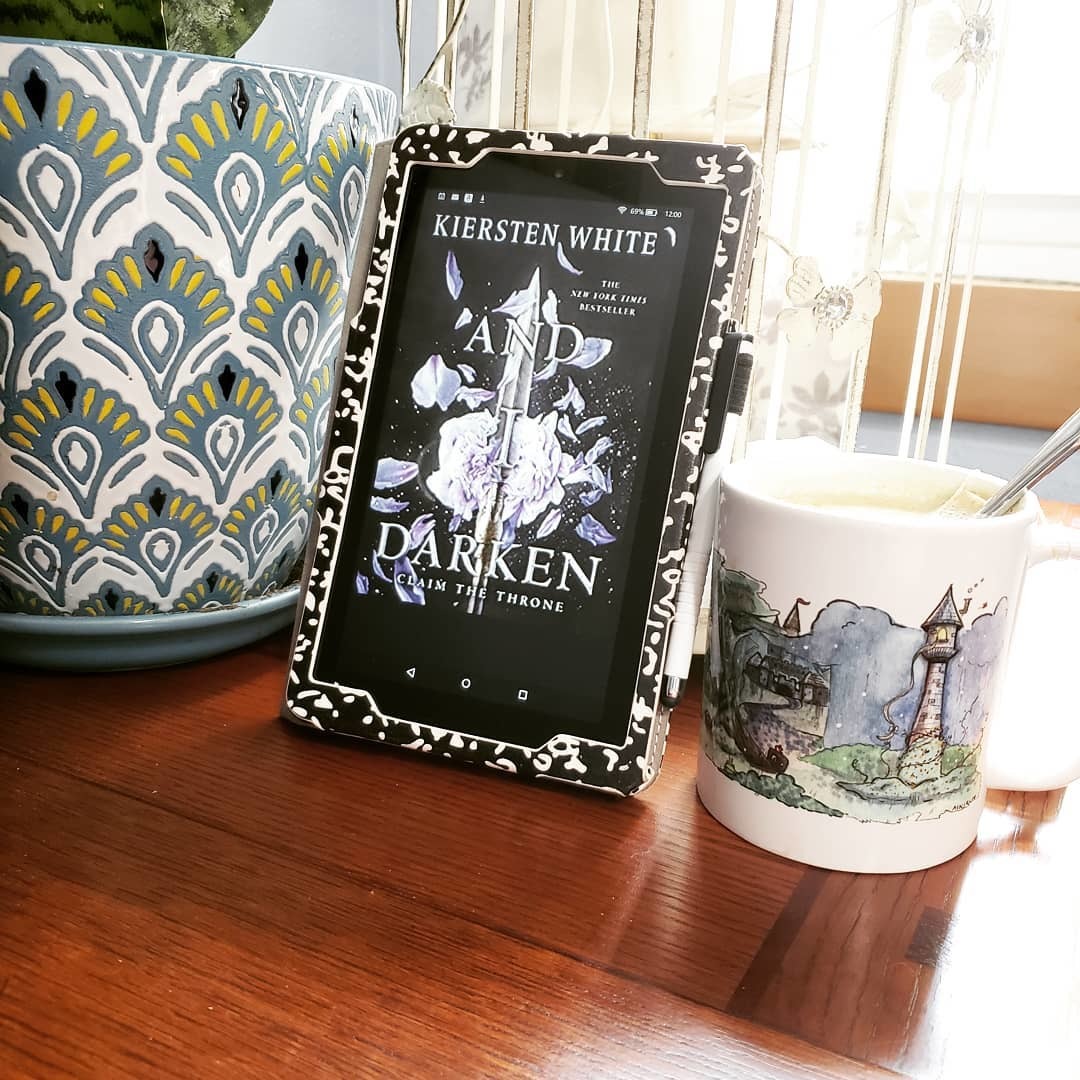 the nurse offered her own prayer.

Much like the nurse’s prayer, Lada Dragwlya grew up single-minded, cruel and absolutely ruthless. Completely in contrast to her beautiful younger brother, Radu.

“So the question becomes, Daughter of the Dragon, what will you sacrifice? What will you let be taken away so that you, too, can have power?”

Lada, and Radu, started life almost entirely isolated. They were occasionally visited by their warlord of a father and were raised by their nurse.

Soon, the siblings were taken from her homeland (Wallachia) at a young age to act as leverage against their father.

Lada decides then and there that she will come back to her people and her country and rule them with the strength and brutal efficiency that her father lacked.

Her spine was steel. Her heart was armor. Her eyes were fire.

But until that day comes, Lada and Radu must navigate the intricacies of the Ottoman Empire – one wrong move could very well mean the end of both their lives.

The way she coldly and efficiently denied the common expectations of the times just blew me away – take her response to a marriage proposal (well, more like she was commanded to marry).

“On our wedding night,” she said, “I will cut out your tongue and swallow it. Then both tongues that spoke our marriage vows will belong to me, and I will be wed only to myself.”

And yet, she never became a caricature of a “strong-independent-woman.” Lada had moments of weakness, self-pity and childhood doubt which kept character real in my eyes.

Radu was such a precious child – he never could handle the cruel world that Lada reveled in. His purity and love for Lada and Mehmed (the third son of the Ottoman emperor) provided an excellent backdrop that kept this book from feeling too harsh.

I absolutely loved the ending and cannot get my hands on book 2 fast enough.

Audiobook Comments
Well-read by Fiona Hardingham – she had excellent pacing and tone. Thank goodness I listened to this one – there’s quite a few words that I would definitely have pronounced wrong if I had only read them. (i.e. Wallachia is Val-heh-ahh).

One thought on “And I Darken – Kiersten White”