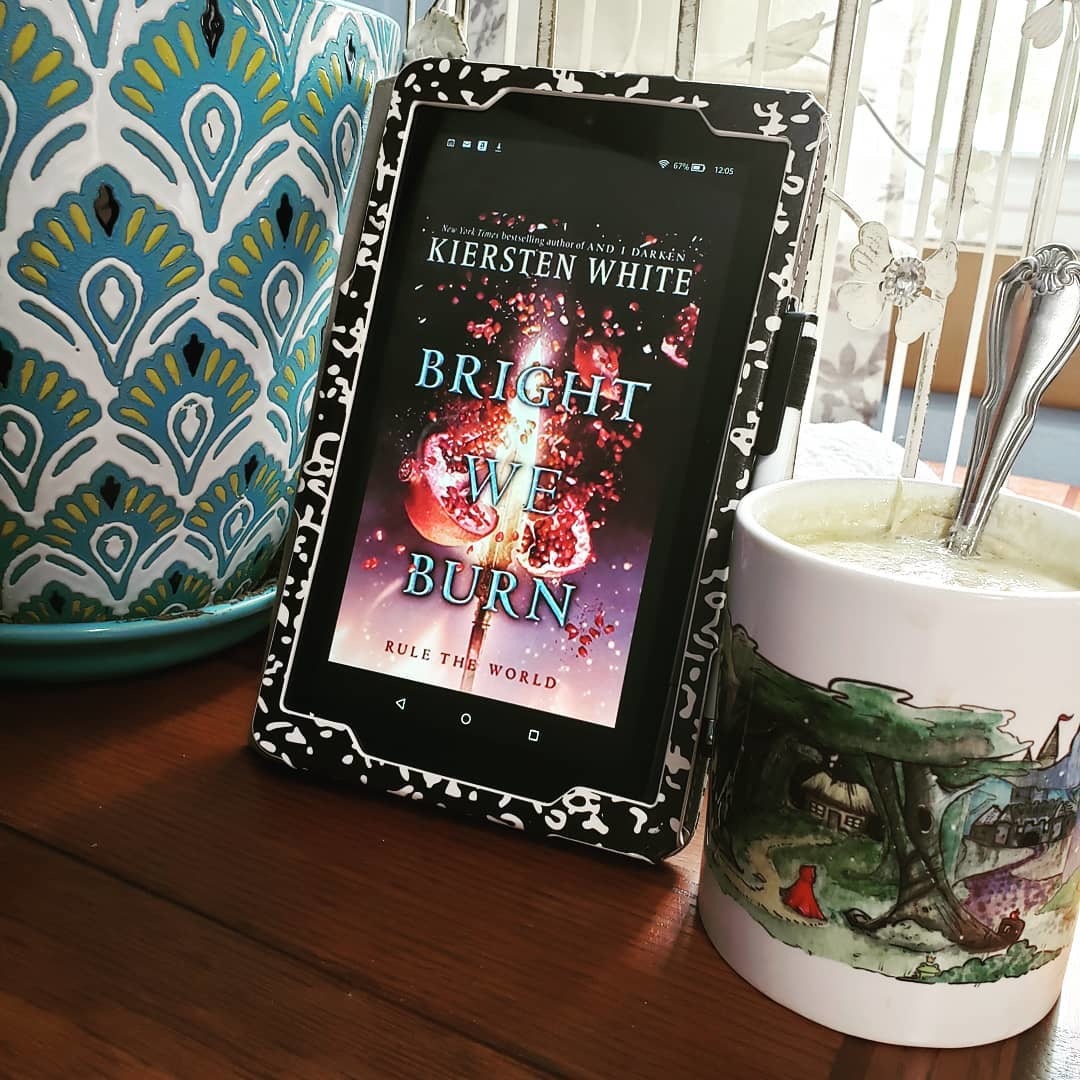 She was a dragon.
She was a prince.
She was a woman.
It was the last that scared them most of all.

Lada Dracul has finally earned her prize – she is Prince of Wallachia, her beloved home country.

And as Prince, she has shaken up the country. Crime is practically nonexistent, the old rulers are all dead, and her people are happy for the first time in decades.

I heard she is giving land to anyone. Can you imagine? …She gives it to those who deserve it. So I hope she never marries. I hope she lives to be a hundred years old, breathing fire and drinking the blood of our enemies.

And she does it all with absolute brutality.

She’s never been one to shy away from inflicting pain or devastation and as Prince, she has no pity for anyone who harbors ill will towards Wallachia.

“I know your brother’s past. And I know that he can still find happiness even in the darkest of circumstances, because his faith sustains him. What sustains you?”

“The blood of my enemies.”

And though her methods are efficient, Wallachia is starting to suffer – neighboring countries are trying to encroach from all sides and without Lada’s brother, Radu, by her side, she’s resorting to crueler and crueler methods to maintaining her rule.

Meanwhile, Radu is experiencing happiness for the first time in his life.

He’s found a man, a wonderful man, whom he wants to be with forever.

He’s found a family, a truly amazing family, that love him and accept him for who he is.

Only, there’s one thing he’s starting to realize, no matter how much you run, your real family, your blood family, is never far behind.

Radu and Lada will have to make their toughest decisionsyet, ones that have the fate of Wallachia resting on their shoulders.

But without a united front, will the pair of them live long enough?

[I plan] to let you stay here until everyone has forgotten you. Until your only legacy are the lurid woodcuts and terrifying nighttime stories of the Saxons. You will fade into a monster, a myth.

Gahhhhh – what am I supposed to do now that this is over?!

The third (and final) installment of White’s Conqueror’s Saga really lived up to its name. And whew. Talk about a wonderful ending.

Lada was ruthlessly stunning in this one – every one of her bloody schemes was crazy – and the way she pulled them all off was amazing.

In this round, Lada dealt with death in a new way – her close friends and advisers drop off one by one (in part) due to the harsh techniques of Lada’s rule. And that really brought about a new dimension to her character.

Also, Radu’s storyline really shone in this round. The way he tried his best to protect his little family and all of the incredible sacrifices he made, wow. Just wow.

And can I get a hear hear for a YA book where the “Gay Character”(TM) is NOT a quirky best friend, a fab-ulous!-hand-swish fashion guru OR just spits out mechanically sassy comments (yougogirlfriend! or Mmmm,honey!)?

I mean, FINALLY! Radu is just as “real” of a character as Lada, and I really want to applaud Kiersten. Hopefully this trend continues – cause Radu really made the book shine.

I will admit, about halfway through the book, I did start to get sick of the war. There’s only so many strategy sessions I can handle. But the ending more than made up for the lagging middle.

I loved how White tied up all the bits at the end – it’s always a pleasant surprise when such a brutal book has such a neat ending.

I absolutely cannot wait for what Kiersten White writes next!