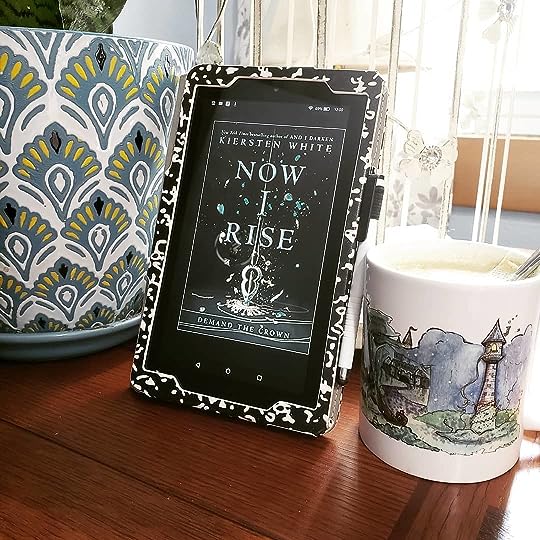 Do not lose that hunger. You will always have to fight… You will have to be more ruthless, more brutal, more everything.

Lada Dracul – Prince of Wallachia – is ready to rule her country…only that country refuses to be ruled by a Dracul or by a woman.

However, Lada has made her decision, and that is all that matters.

But she cannot rule alone – she has her loyal men, her childhood friend (Bogdan) and…well…that’s about it.

What she desperately needs is the finesse and grace of her brother, Radu. His ease with political intricacies would allow her to take the throne with far less bloodshed…but he is unavailable.

Radu is just as hopelessly in love with Mehmed (the Sultan of the Ottomans) as he ever was. In a desperate bid for Mehmed’s love, Radu plunges into the very pits of hell.

[Radu] had imagined Constantinople, had wanted it for Mehmed. It had been simple and straightforward. But now he knew the true cost of things, the murky horrors of the distance between wanting something and getting it.

Meanwhile, Mehmed (happy to get Radu out of his hair) sets off pursuing Lada but little does he know, only Wallachia has her heart.

The world will destroy her in the end. Too much spark leads to explosions.

Wow. I am stunned. Simply stunned.

Kiersten White has done it again – the way she crafts her characters and the way she sets up such intricate plots – I am in awe.

That being said, the middle of the book did feel a bit stagnant. Lada was all WALLACHIA while Radu was all CONSTANTINOPLE but despite their enthusiasm…they didn’t seem like they were going very much of anywhere.

And yet…that ending though – made up for any and all stagnation! Lada is such a brutal badass. I love it.

A great sequel – through and through. I’ve got to get my hands on the third as soon as possible!

Audiobook Comments
Read by Fiona Hardingham – loved her voice. She did an excellent job with the characterizations!

One thought on “Now I Rise – Kiersten White”