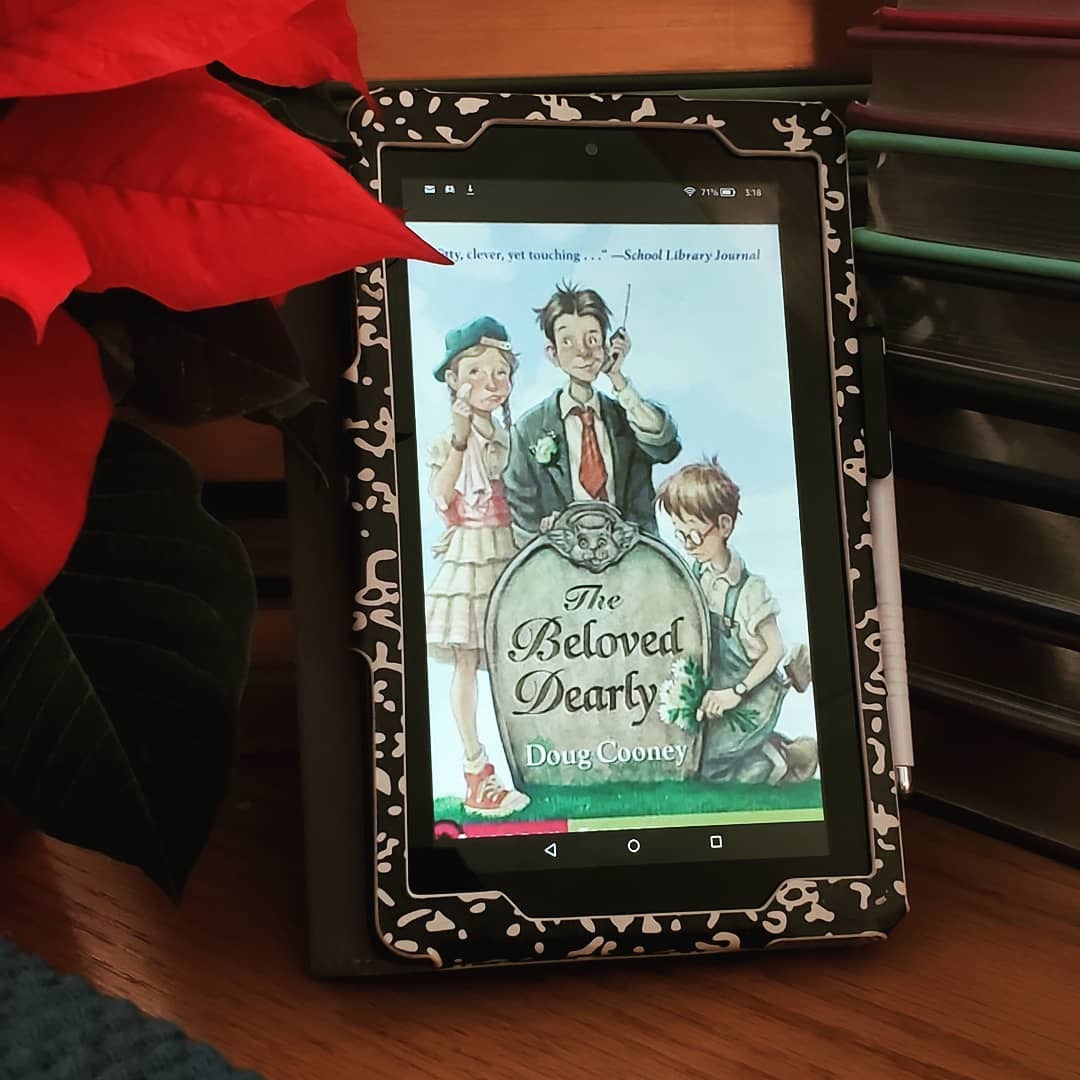 With decisive air, Ernie flipped open his jobs notebook, turned to a blank page, and wrote down the word funerals.

And lately, all he can think about is:

“The bank, the beans, the jimmy, the jive. The moola, the greenbacks, the dead presidents!” Ernie cried. He was talking about money.

He wants to make a lot of money and fast – whether it be booger insurance or cheeseburgers, he doesn’t care.

But his dad? That’s another story.

Ernie’s dad forbids any and all future harebrained schemes.

But now that it’s just the two of them, Ernie feels alone and wants to (though he won’t admit it) be like his dad and take care of himself like a grownup.

And grownups wouldn’t let other grownups tell them what they can and can’t do.

A crafty neighborhood kid becomes Ernie’s coffin-maker and the toughest girl on the block becomes the crybaby. And so…the pet funeral business begins.

I was surprised by how much I enjoyed this one!

I loved the way the author took such a macabre concept – especially for children – and turned it into a lovable plot with a surprising amount of depth.

Ernie and gang were hilariously smart. Every time Ernie barked orders in his phone or rounded up his team – pure gold.

I loved Swimming Pool (the crybaby) – she was (by far) my favorite character. She was such a loving, tough and completely sweet character.

And the coffin-maker – all the arts and crafts involving shoeboxes and shopping carts. It was strange, and I liked it.

Overall, this was definitely a fun story!

Interested in this one from Doug Cooney and Tony DiTerlizzi? Buy it here:  Amazon