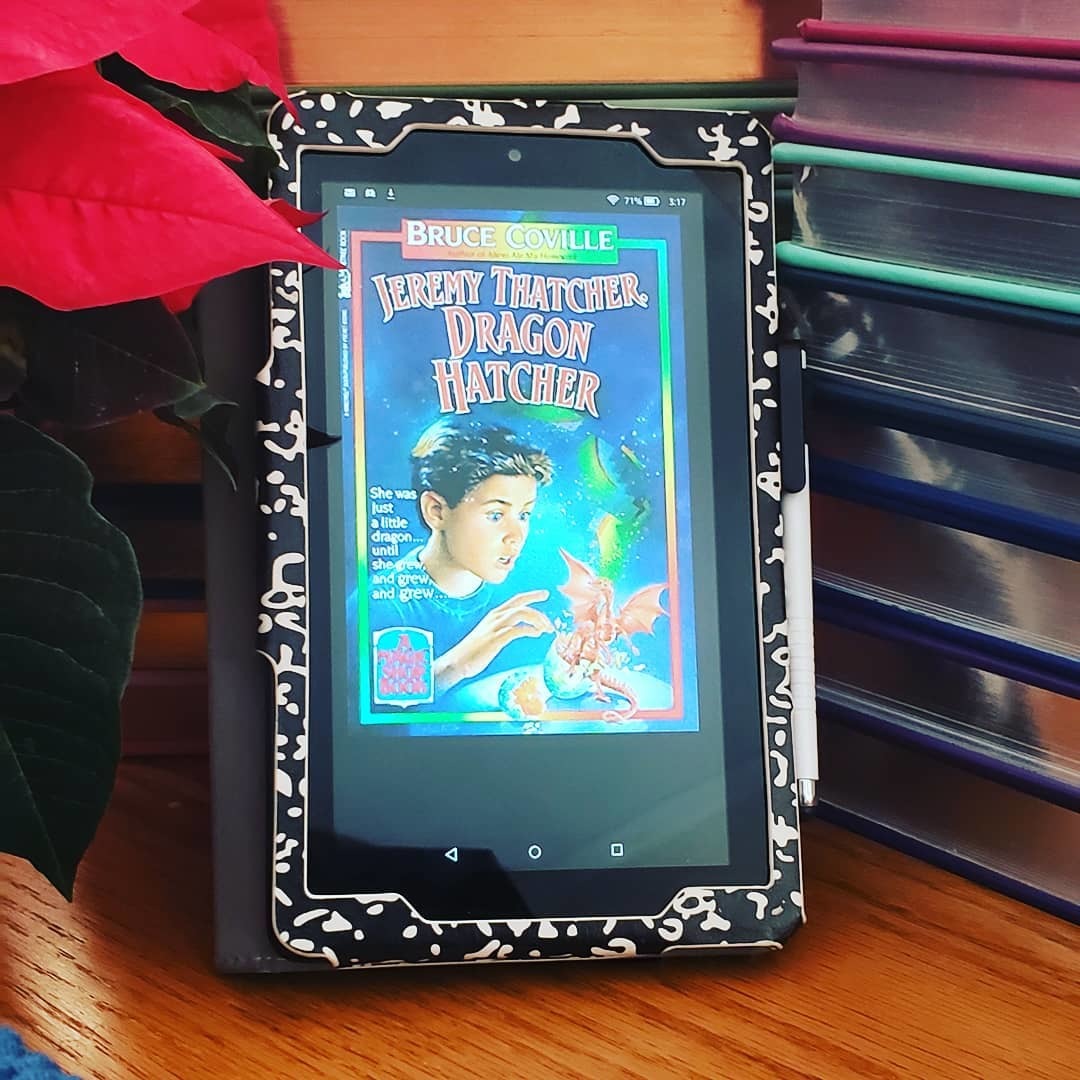 Nothing you love is lost

Jeremy Thatch is NOT having a good day.

He gets chased by Howard and Freddie, Mary Lou tried to kiss him AND he manages to get lost in his own neighborhood.

At least, the shop he’s wandered into looks pretty cool.

There’s all sorts of dangerous and mysterious things on the shelves…including a vaguely egg-like object (but it’s far bigger than any egg he’s ever seen before).

Not a bad book!

(though, to be fair, I am a HUGE fan of anything with a dragon in it)

I really liked how the world was build – fairly normal with an underlying air of mystery.

The characters – especially Mary Lou – were rather cute. I wish we would’ve had their personalities develop a bit more but ah well. It was only 160 pages.

I was kind of hoping for a bit more adventure but overall, I was rather satisfied with this one.