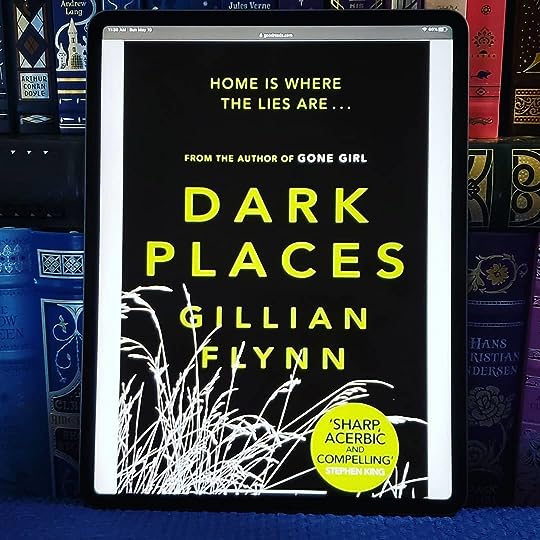 I was raised feral, and I mostly stayed that way.

Libby Day is famous for all the wrong reasons.

When she was seven years old when her mother and two sisters were murdered at the height of the Satanic Panic in her small town in Kansas.

All the evidence pointed to Ben, Libby’s older brother. The same older brother that Libby adored and idolized.

And with that, Libby’s life came crashing down, and it hasn’t stopped falling since.

I was not a lovable child, and I’d grown into a deeply unlovable adult.

And now, 25 years later, Libby is scraping down rock bottom.

And just when life seems bleakest, the Kill Club approaches her.

I felt something loosen in me, that shouldn’t have loosened. A stitch come undone.

The Kill Club goes chasing after unsolved murders and are obsessed with notorious crimes. They’re willing pay Libby to look into her own past.

They’re convinced that her brother is innocent and the more she talks to them, the more she sees their point…but…if that’s truly the case, why did he go so willingly into prison?

Each of Gillian’s books are so unsettling in their unique way – and this one was no exception.

We follow several different perspectives – modern-day Libby, Ben on the day-of the murder and Libby’s mom (also on the murder-day).

Despite the book having so many different narrators, each one of them felt so distinct and I was wholly engrossed.

They were really well balanced, with each jump in perspective giving a slightly different piece to the puzzle and watching the mystery unravel was crazy.

This book truly was amazing – highly recommended for the Flynn Fan!

Audiobook Comments
Rebecca Lowman read this one and wow, she brought this book to life. Her timing, her pacing, her tone and inflection – it was all so spot on. Loved it!