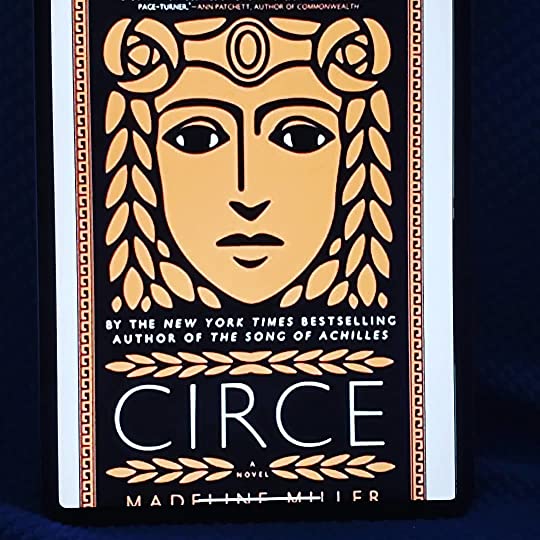 “You have always been the worst of my children,” he said. “Be sure to not dishonor me.”

“I have a better idea. I will do as I please, and when you count your children, leave me out.”

Circe was always an odd child and she became an even odder adult.

It was clear from her earliest years that she had power but nothing compared to her father nor was she nearly as vicious as her mother.

You threw me to the crows, but it turns out I prefer them to you.

After years of cruelty, she discovers what she does have power – witchcraft – and the Gods are not pleased.

I will not be like a bird bred in a cage, I thought, too dull to fly even when the door stands open.

And so she discovers the greatest power of all laid within her the entire time…itching to get out and wreak havoc across the world.

I tried really, really hard to like this book but there was just too many bits that didn’t work for me.

For the bits that worked:

I did really like how the author breathed life into these myths.

So many times I pick up a Greek mythology book and I’m puzzled by the actions of the gods and goddesses.

They just don’t make logical sense but when I read the myths I was familiar with, I was nodding along with Circe’s logic and actions.

For the bits that didn’t work:

For the longest time, I had difficulties articulating why I couldn’t get into this book.

Whenever I reread a tale that I knew involving Circe (i.e. when Homer’s Odyssey gets to her island house), I could connect to the book and I was LOVING what was happening on the page.

But, if I hit a myth that I didn’t know about ahead of time…I felt so…apathetic.

I think, that without knowing the myth that I had a hard time following what was happening. Figuring out who was who and what event was occurring on screen.

And all of that went away as soon as I had a decent baseline of knowledge to frame my interpretation of Circe-the-book’s version of events.

All in all, this book wasn’t terrible but I’d definitely recommend being a familiar fan of Circe’s tale before picking this one up.

Interested in this one from Madeline Miller? Buy it here:  Amazon