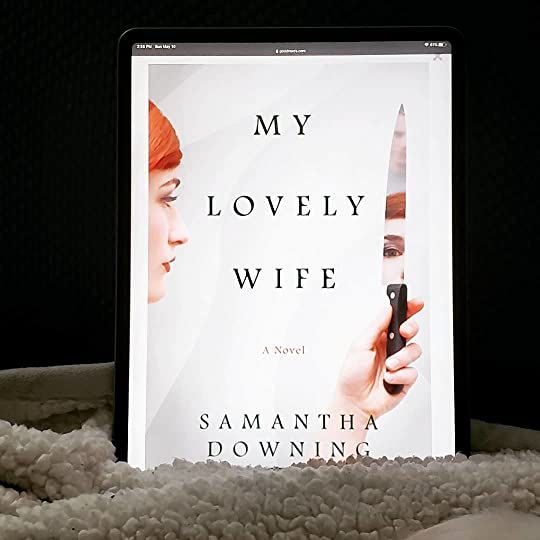 “I wanted to surprise you,” she says. “For our anniversary.”
I stare at her. My lovely wife.
“It’s demented,” I say.
She raises an eyebrow at me. Before she can speak, I put my finger against her lips.
“And it’s brilliant,” I say.”

Some couples have game night, other love to see a movie…this one likes to murder people.

My name is not Tobias. I use that name only when I want someone to remember me.

“Tobias” met his wife years ago, and he knew from the moment he saw her that she was special.

Fifteen years later, they are hitting a bit of a rough patch but the good news is, they’re planning another murder.

But, what his wife doesn’t know is that Tobias has been cheating… or does she?

As much as he loves her, he has to admit that sometimes (just sometimes) he can see dark thoughts flit across her face.

Is it just their anniversary murder? Or does she have something else up her sleeve?

Whew. This book was WILD.

This was a fabulous thriller and I loved figuring out all the pieces of this puzzle. There were so many moving parts (and the wife was soo deliciously evil).

I thought “Tobias” was a bit flat and dense of a main character but in all honesty, I think that ended up fitting quite well.

I do wish we spent more time on the grand reveal – we were teased quite a bit about the motives of the earlier couple-killings and when the twist happened, I really wanted more time in that moment.

The ending felt a bit sharp, and wrapped up surprisingly quickly but all in all – this was a really good book. And not one I’ll soon forget!

Interested in this one from Samantha Downing? Buy it here:  Amazon