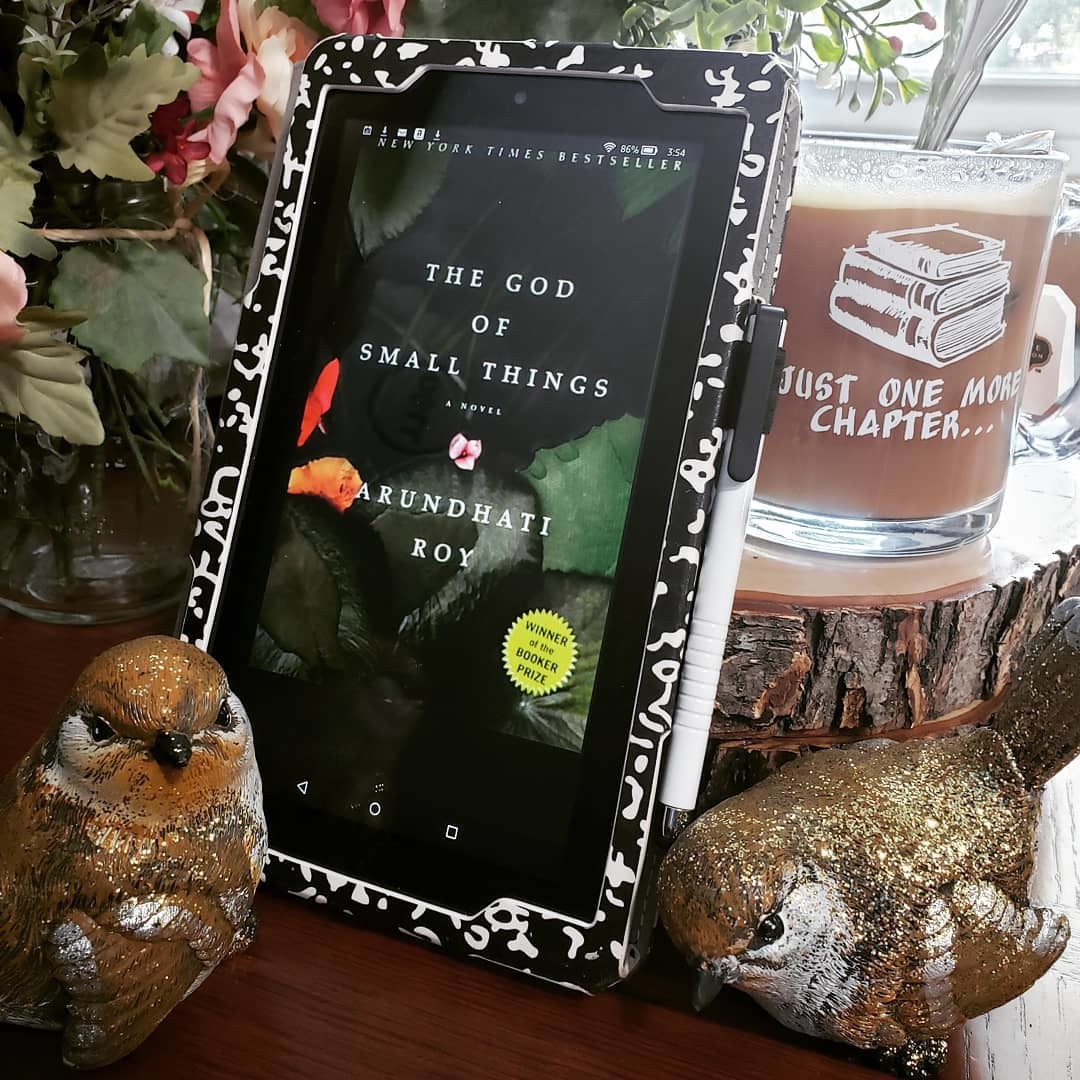 That’s what careless words do. They make people love you a little less.

Honestly, I wanted to like this one SO much but it was terrible.

The novel follows a multi-generational Indian family in 1969.

The matriarch, Mammachi, is their abused and blind grandmother. Ammu is the weary mother of fraternal twins, Esthappen and Rahel.

The twins’ favorite uncle, Chacko, brings his white wife over for Christmas, the twins immediately fall in love with their cousin – only to realize just how quickly life can change.

And the air was full of Thoughts and Things to Say. But at times like these, only the Small Things are ever said. Big Things lurk unsaid inside.

That good things become bad, in an instant.

This was the trouble with families. Like invidious doctors, they knew just where it hurt.

This book is one of the Important Novels – the ones that get talked about over and over about how Significant and Essential they are for reading…and much like many Important Novels , I just didn’t enjoy it.

Now, the last time I didn’t like an Important Novel (*cough* *cough* Animal Farm), I was besieged with comments about how I was too stupid to understand the novel (I will maintain, at least in that novel’s case, that “getting it” and “liking it” are two entirely separate things. I didn’t like Animal Farm. Period.).

However, for The God of Small Things, I honestly don’t know if I didn’t like it because it was bad or if I just didn’t get it. I couldn’t follow a thing.

The timeline was disjointed, often skipping ahead followed by flashbacks, so I felt disoriented and disgruntled much of the time.

The prose was overly complicated and tiresome to read. I love beautiful language and elegant metaphors… but this one had so much of both that it would sometimes take pages to figure out a single subtle point.

The characters felt more like snapshots rather than fully fleshed out characters. So much metaphor time, absolutely no character development.

And, in general, the plot was one giant grey mess. Did something happen? Was it significant? Or was it just humans being garbage people to each other?

This seems to happen a lot with critically acclaimed books – people love it, but without that badge or sticker of approval, I don’t really think it would be so popular.

Ultimately, it’s one very confused star. Not a fan of this one.

DISCLAIMER: I’m a huge audiobook fan, so I picked up the audio version. Maybe I shouldn’t have?

I kept getting confused (this novel (to me) was difficult to follow via audiobook, even when I repeated the beginning 3xs) so perhaps if I had read it the book would’ve felt less disjointed and I would have enjoyed it significantly more.

But I’m not feeling up for a reread, so my review will stand as is.

Interested in this one from Arundhati Roy? Buy it here:  Amazon

One thought on “The God of Small Things -Arundhati Roy”