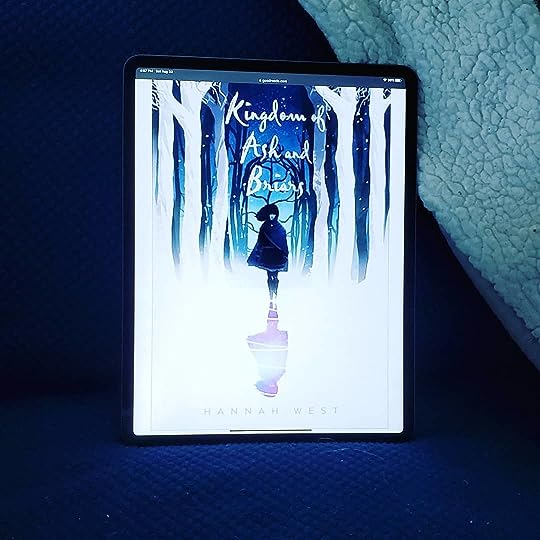 History might be whittled down until all that remains are shining fables of fairy magic and curse-defying kisses.

This is the story of a kitchen maid, Bristal, and how she became the most important woman in all the kingdom.

Bristal finds out that she is an elicromancer – and that with that magic comes the ability to shapeshift, a responsibility to the kingdom and a healthy amount of danger.

“This lass will be nothing but a drowned corpse in a few hours.”

A rogue elicromancer is threatening the kingdom in a wholly new way.

Bristal must find a way to stop her before she loses everything.

But the thought of death made me coldest of all.

So this was an okay twist on the typical fairytale.

She was Sleeping Beauty’s guardian, she was Cinderella’s fairy godmother, there’s evil and magic throughout…but at the same time…it was missing that sparkle.

It felt like we ran through the various fairytales – checking them off the list before leaping to the next one.

The character development felt rushed to me…though, for the characters it grew at a logical pace…but for me as a reader we did jump decades here.

I really wanted to love this one but in the end, it just felt like too much too fast.

Interested in this one from Hannah West? Buy it here:  Amazon