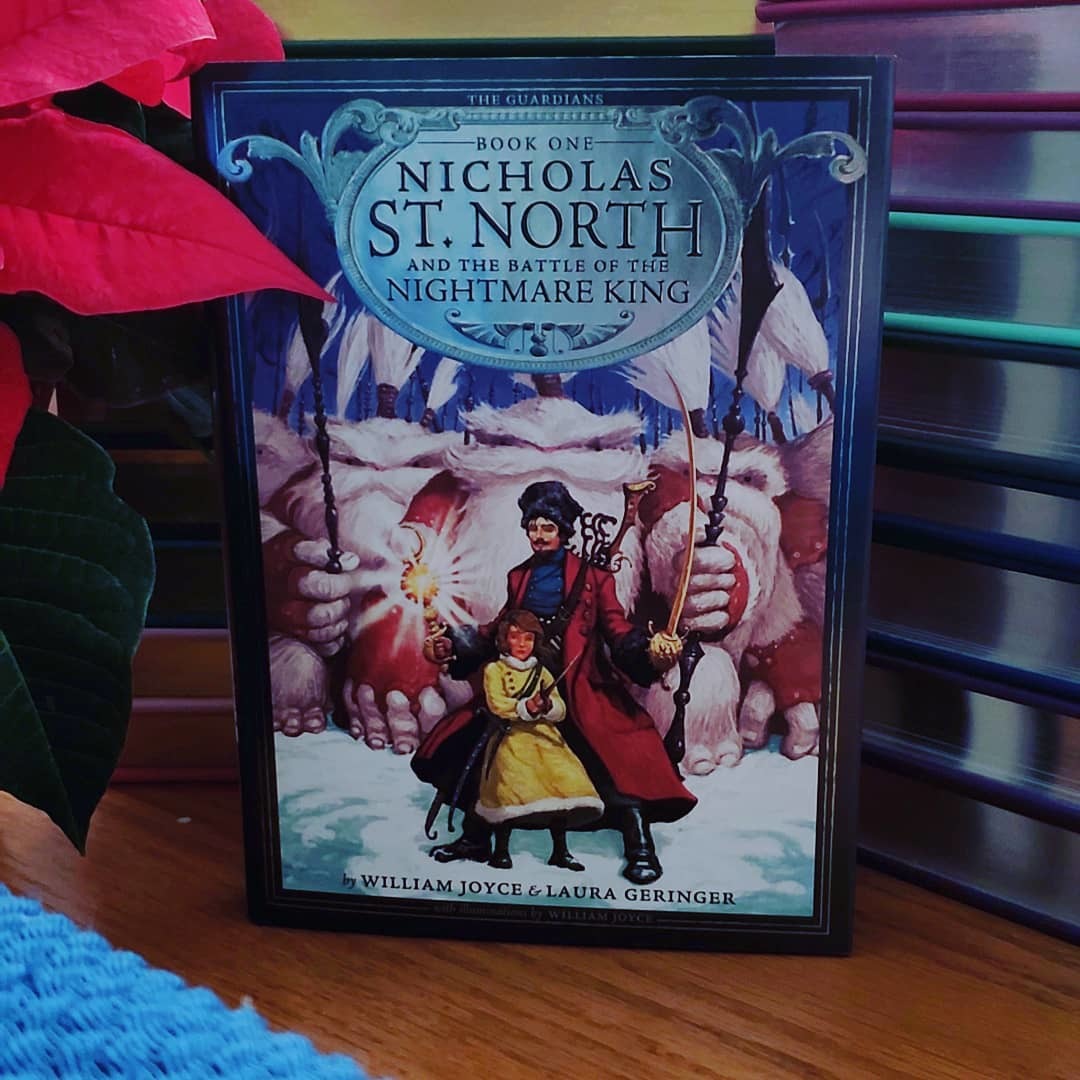 The possibilities were endless. Battles would be fought. Wonders revealed. Many journeys. Many lands. Many joys. Many sorrows.

Long ago, there lived a swashbuckling swordsman under the name of Nicholas St. North – North to his friends – who would one day be known to the world as Santa.

North in his youth ran with the roughest lot – always looking to make a buck. When he stumbles upon the village of Santoff Claussen, he must (for the first time) decide what the true treasure is – gold and glittering gems or is it friendship?

Ombric, the wizard of Santoff Claussen, has noticed that the Nightmare King (Pitch) along with the Fearlings (evil underlings) are once again wreaking havoc across the land.

It’s going to take far more than an old wizard to take down the King – but will North be enough?

ButLet me start with – I LOVED the Rise of the Guardians movie and every 6 months, I desperately search the internet for hint of a sequel.

The books that go along with the Rise of the Guardian are set far before the movie. Keep in mind, I have not read this series before, so it’s entirely possible that the books will eventually work their way up to where the movie began.

One thing that really stood out to me was the pacing – it was quick, staccato plot development. We are constantly leaping from one idea to the next, the world expanded by leaps and bounds.

I think it worked for what it is – a middlegrade book where you don’t necessarily want to spend chapters unfolding characters and the world – but as an adult, I wish there was a bit of a slower development. I could’ve used a bit more back story and longer transitions.

But overall, I did enjoy this book – it was fun and fierce. I’m excited to see where it goes next!

Interested in this one from William Joyce and Laura Geringer Bass? Buy it here:  Amazon?