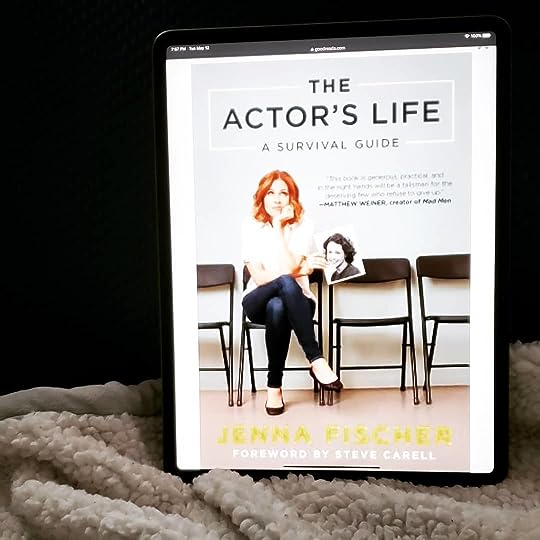 When Pam came along, my particular set of attributes and talents aligned perfectly for the character. I was the right person at the right time for the right job.

When she first moved to Hollywood to pursue her dream, she didn’t expect a golden-paved road to success, but certainly didn’t expect… THAT.

Here I was, six months into my big Hollywood move, and nobody knew I existed.

But still, what could go wrong?

Turns out…a lot. From failed auditions to outright scams, Jenna Fischer has seen (and lived through) it all.

Because of that, she’s put together a handbook for the up-and-coming author – one of which gives perspective, advice and a strict set of guidelines for what to do (and NOT to do) when seeking an actor’s life.

And, remember – when in doubt:

Having a box of kittens put things in perspective.

This was so not what I expected from Jenna’s book but all thing’s said and done – it was pretty dang good!

I thought this was going to be more of a celebrity memoir but it really, truly was a survival guide to becoming an actor.

And let me tell you – it’s fascinating.

While I have absolutely NO desire to become an actor (and this book certainly solidified it), I still really enjoyed this book.

I was always under the impression that actors had agents and then they went out and auditioned for various roles.

And…technically, yes, that’s what you gotta do…I learned from Jenna’s book that there is SOOO much more to it.

I think this book fits really well for someone who is questioning or curious about acting life. It was definitely an interesting read and certainly one I won’t forget!

Interested in this one from Jenna Fischer? Buy it here:  Amazon