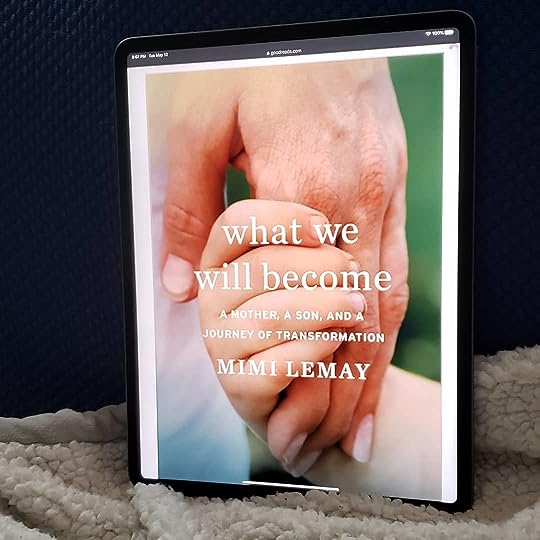 God did not make mistakes, therefore it was I who must be fundamentally flawed.
It never occurred to me that my rabbis could be wrong.

Mimi spent much of her childhood stifled by her mother and her ulta-Orthodox Jewish family.

And when she finally got married and had children of her own, she realized quite early on that one of her kids was different.

“Em” was such a strong-willed child. She never liked dresses, long hair and other typical girly things…but…that just meant she was a tomboy, right?

But when Em started insisting she was a boy (as much as her three/four-year-old self could), Mimi knew that the situation had grown out of her control.

The clarity I have sought for so long arrives with a stunning clap.
I know what to do now.

But…making a decision and the holding to it was two different things. Everywhere she turned, there was somebody with something to say about her son.

She’ll never live a normal life.
You’re pushing her down a path of no return.
This is a social fad and you’ve fallen for it!
It’s part of an agenda to destroy normal family life.

She began working with a licensed therapist specializing in young children in similar situations as her own. And over a long time, she came to a decision.

If you couldn’t bury her as Em, why force her to live this way?

This book has a lot to unpack.

First of all, this is the type of book I’m actively trying to seek out.

I know the first time I ever heard about transitioning (preteens? I think? Possibly earlier, but it didn’t really “click” as a thing until then), I was immediately fine with the concept. Adults do what adults want with their lives.

The logic extended to other teens/preteens. They were old enough to know what they want for their lives.

But when the news started touting stories about transitioning at nine years old, six years old, FOUR years old? That’s when I got quiet – I didn’t vocally support nor did I dissent. I just went quiet.

I remembered what I was like at that age and I was half-convinced that if I just tried hard enough, I could figure out how to breath under water like Ariel. Or if I watched Lion King II enough, I could turn into a lion and marry Kovu (don’t lie – you had those thoughts too).

The point is, I never really engaged in conversations about young transgender kids because I didn’t feel like I knew enough to have an informed discussion.

And I’ve been slowly (but surely) reading lots of books on the subject so I can educate myself on a very complex and controversial topic.

I read Being Jazz: My Life as a (Transgender) Teen a while ago and honestly felt more confused after that book than before.

I mentioned in my review of Jazz’s book that I really wanted to get a parent’s perspective on this because at the age where Jazz made the decision (kindergarten) and when she was writing her book (teen), she was pretty much still a kid.

And as much as I was interested in learning about her perspective, I felt like there was a lot more to the situation than what she was telling – especially the behind-the-scenes bits that the five-year-old may not have been aware of.

So, I picked up this one with the hopes of getting an understanding for why and how Mimi could come to such a strong and life-altering decision for her family and her son.

This book really went into the behavioral and emotional observations that Mimi made over months, the perspective of the psychologist and the consequences for not acting when she first noticed those changes.

I really don’t think I can do the book justice but let me just say that there was so much more to the situation than “not liking girly things.”

There was therapy, consultations, various milestones that Em reached before Mimi (and her husband) formally made the decision to allow Em to transition to Jacob.

There’s a lot to unpack in a book like this but I really feel that that’s for the best. I felt the emotions and the understood the situation in a wholly new way.

At that moment, I realize that we are all as ready as we will ever be and that this – all of this – is very good.

Interested in this one from Mimi Lemay? Buy it here:  Amazon