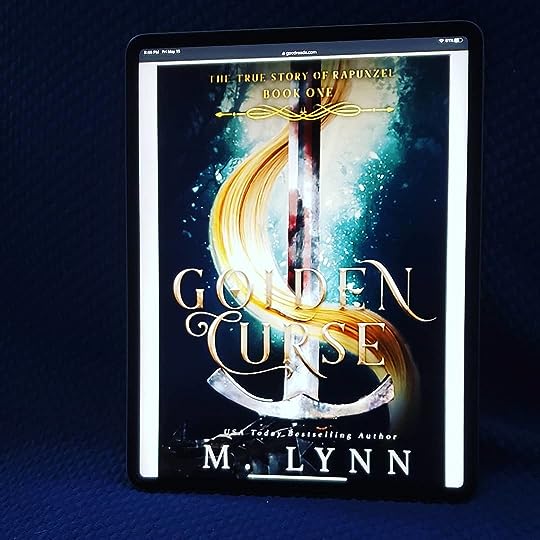 He hated her magic for making her an enemy of Gaule. Persinette. His childhood friend.

The only Golden Curse here is the bad writing.

“My boys,” he boomed. “We are going to have a tournament…It is time we find you a protector.”

So we start this book with a tournament (sounds exciting, right? Just…be prepared for disappointment).

The kingdom needs an Oath-man for the prince – somebody who is to protect the prince with their lives – and the king specifically say that they’re only doing this out of tradition.

That the role of the Oath-Man is purely symbolic…unless they were to be attacked. Which brings up two questions:

Right away, you can tell the logic with this one isn’t going to hold up.

Persinette (which, gosh dang that’s an awfully average YA name), enters this tournament in order to become the protector of the prince and break the curse upon her father.

She’s wickedly good at straight-up murdering people, her skills are unparalleled and she essentially shows that the king’s army is completely useless without this one teenage girl on their side.

Totally realistic, right? (I suppose…this is actually on par for most young adult books).

Besides my general annoyance with the entire basis of the plot…I was also thrown by a few more things.

The setting is definitely medieval (hello sword fights), but the dialogue between characters had a very modern feel to it – both in the word choice and the method of delivery.

It was disconcerting and prevented me from sinking into this world – I felt constantly yo-yo’ed from place to place because of the way the medieval and modern bits warred with each other.

Also, despite being extremely close childhood friends, to the point where the prince remembers her name and all their childhood activities…he absolutely doesn’t recognize her despite coming face to face.

In addition, there was so much telling that I became detached from the story.

So-and-so is evil, I’m in love cause DESTINY, this (aka this extremely specific and overly complicated method) is the ONLY way to save the kingdom, yadda yadda yadda.

What is the point in caring for the story if you’re just going to tell me what to do the entire time?

I honestly could go on and on…but essentially, this one isn’t for me and I don’t think I’ll be returning for book 2.

Interested in this one from M. Lynn? Buy it here:  Amazon