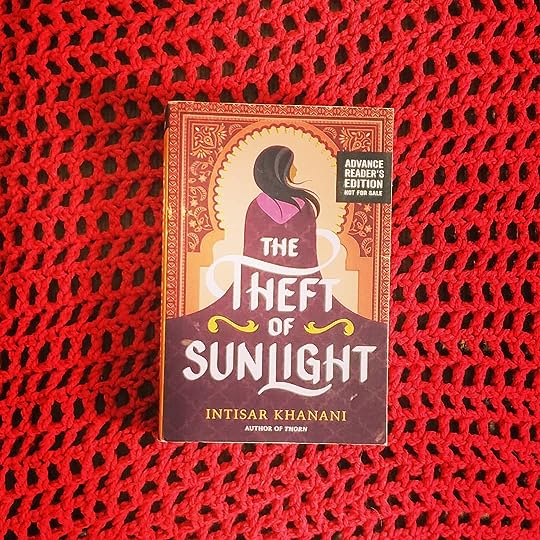 The royal wedding is just around the corner. It’s the talk of the town for all the nobles in the land but for Rae’s family, it couldn’t be further from their minds.

Another child has been snatched.

While child-snatching was a threat that Rae knew of before…it has never felt so real to her. Rae’s best friend’s sister was taken and what paltry magic they have is no match to find the missing girl.

The city guards are no help, the nobles believe that the peasants are “sadly mistaken” over the lost children and Rae cannot convince anyone otherwise. Devastated, Rae doesn’t know what to do…until her cousin offers her a position in the castle.

Princess Alyrra is in need of trusted attendants and Rae’s lack of connections with other royalty is what makes her perfect.

Princess Alyrra wants Rae to investigate the disappearances but quickly this mystery is becoming larger than Rae could ever imagine.

This is Intisar’s second book in the Dauntless Path series however, it can (and works well) as a standalone.

And I think this one was actually better than the first (and I adored the first).

The characters feel stronger and the plot is more focused. I liked the spunk from Alyrra and Rae, and thought they were balanced well by their counterparts.

I liked how Rae worked through her disability (and not against it) and that while she was sometimes limited in what she could do, she always found ways around it.

She learned to fight because she could not run and how to use politics to her advantage when she could not fight. It really strengthened her character and endeared me to this book all the more.

All in all – this one was FABULOUS!!

I received a free copy in exchange for a honest review!