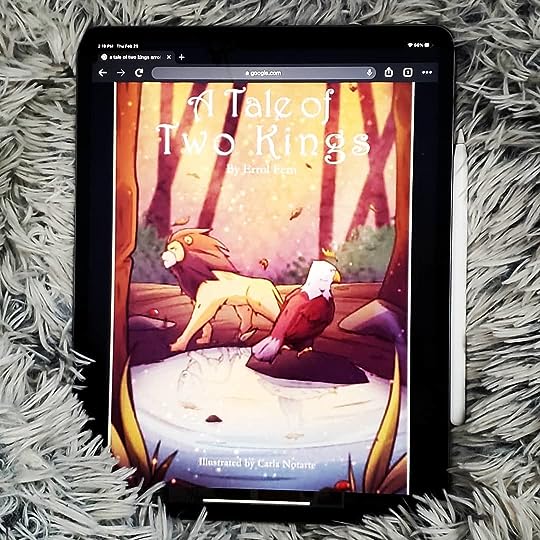 In a faraway and distant land lived two great kings…

A lion and an eagle – both rulers of their respective realms – once had great respect for each other.

But as time went on, the respect became something else…

…the two kingdoms gathered at the battlefield…

But will this battle truly solve their problems?

So this is my…hmm…third? (fourth?) Errol Fern book and it was definitely a fun one.

I thought the storyline was enjoyable. I liked seeing the two kings interact and learn from each other.

I do feel like some of it was a bit predictable and I would’ve loved to have been a bit more surprised by the ending but ultimately that didn’t effect my overall impression too much.

I thought the illustrations were really awesome and elevated the book to another level.