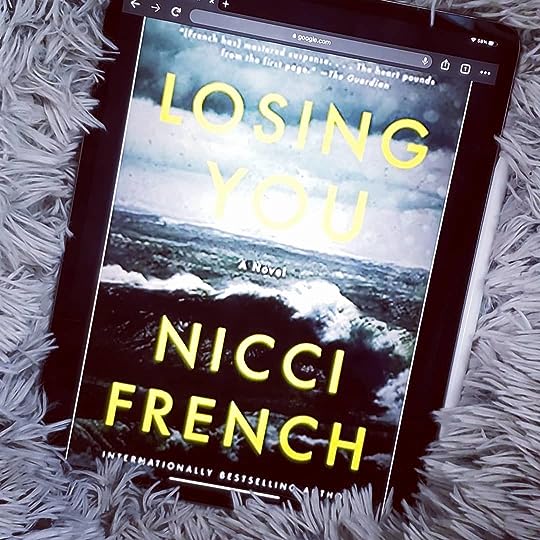 Nina Landry is having a wild day – she and her kids are just hours away from catching a plane to spend their Christmas holidays in Florida – but then…one of her kids goes missing.

Nina is distraught, devastated and above all ready to haul ass to get her daughter home.

But the police? They’re moving slower by the minute.

Increasingly desperate, Nina decides to take things into her own hands.

Ahhh….so. This was a pretty intense book. But the longer the book went on…the less I loved it.

We get a blow-by-blow of everything that happened on the day that Charlie (Nina’s daughter) goes missing.

But the timeline seemed really off. The story gives an almost minute-by-minute account of what happens but weirdly enough it doesn’t seem to account for travel time.

Nina spends a lot of time going across the island to investigate various clues (both in a car and on-foot) and yet she seems to get from event to event in under ten minutes.

And the plot in general just didn’t feel super believable.

The other thing that threw me out of the book was Nina’s general likeability.

I’m all for a book that follows a desperate mother trying to find her daughter but she was…really rude.

Like…I don’t know if I’m conveying this in the right way…but essentially, I give the whole parents-trying-to-find-their-children trope a lot of leeway when it comes to behavior.

BUT despite that setup, I found Nina to be really unlikeable. It felt like she was a user and just couldn’t be nice to save a life – which (again) she’s in a really stressful situation…but it seemed more like a base-personality-thing opposed to situational.

Rubbed me the wrong way.