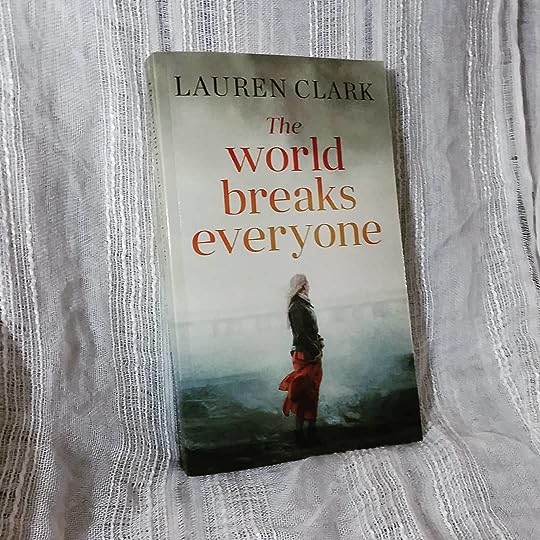 Stop the detective work. Ignore this and die.

Olivia Jacobs, sixteen years old, is on the run. But this is not some typical teenager-on-the-run thing – her life, and everyone she knows is in danger.

Her loving stepfather, Theo Jacobs, is beaten and jailed on the eve of his restaurant-opening, right before Olivia’s eyes.

He begs her to run, and so Olivia does.

“She can’t survive on the streets…Either she’ll come to her senses or Darwin’s Theory is likely to kick in.”

Meanwhile, Victoria (Olivia’s grandmother) spreads slander about her son-in-law (Theo) and his girlfriend (Kate), undermining their motives and priming herself (and her husband, Lawrence) to take custody of Olivia, when (or if) she ever comes back.

Olivia has to stay hidden, but around every corner is a trap, and if she makes a wrong move, the next body that shows up could be hers.

She thought back to the voice. To the tone.
…You’ll end up – just like your mother.

I thought the author did a fantastic job of fleshing out her characters. In particular, Olivia’s thoughts and feelings – especially when it concerned her deceased mother – felt so raw and real.

Like standing in the center of a carousal, Olivia watched the people in her life moving arond her like painted horses on golden posts

And the plot was excitingly fast-paced! I really did not know where it was going and absolutely enjoyed the ride.

However, there were gaps in logic that were a bit much for me.

This is mostly because Olivia comes off as such a strong and independent character…which is why some of her decisions are so confusing.

For example, from the very beginning we learn that:

Olivia sucked in a breath. It was almost as if Theo was reading her mind. That he knew, on some level, that she would disappear. College could wait. She’d get her GED. Then, after a year or two, she’d decide about the future.

So, Olivia already has plans to run away (to Baja) with her boyfriend, on the eve of her father’s restaurant launch.

This tells me two things: A) What a jerk to take your father’s big day, the one he’s waited for, for literally years, and turn it all about you and B) She should have been waaaay more prepared when it came to the whole running-away thing.

“My dear, if there’s one thing Victoria’s family knows how to do – it’s run away from problems.” He paused. “And make poor decisions.”

Then, there was the police problem – which is why she didn’t call the police at any point.

She couldn’t call Gabe or her family. She had to protect them. She exhaled, hard, then wiped the phone’s memory, watching the last few years of her life erase from the small devise. All the photos, the contacts, apps, and messages.

So, instead of using the evidence on her phone (or at least taking the battery out so she couldn’t be traced and saving the evidence)…she decides to make it easier for her potential murderer?

I could understand some sheltered, naive kid from the 60s acting like that but this is 2018 (or at the very least the 2010s (someone uses an Uber)) – there have been so many people who were caught and brought to justice via phone evidence.

So, the story was constantly marred by me thinking – all of these problems could literally be solved if she’d just go to the police.

Ahh well, the characters were well-done (and reading all of Theo’s recipes made me hungry), the grandmother was delightfully (if a bit illogically) hateful and above all – this book kept me hooked. Cover-to-cover!

Interested in this one from Lauren Clark? Buy it here:  Amazon