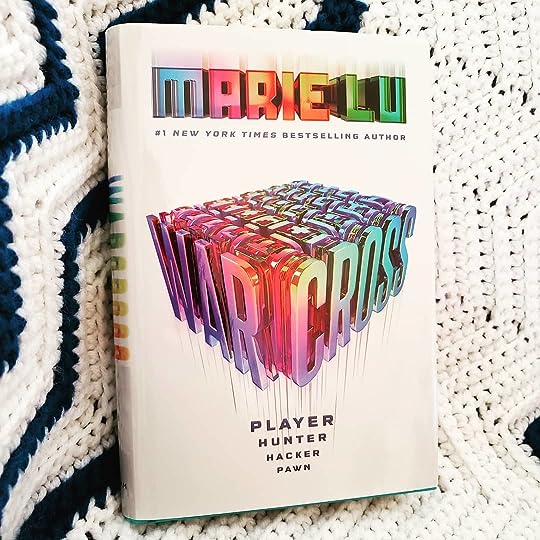 Before I begin, just letting you know that I got my copy from Uppercase – a lovely monthly book subscription box. 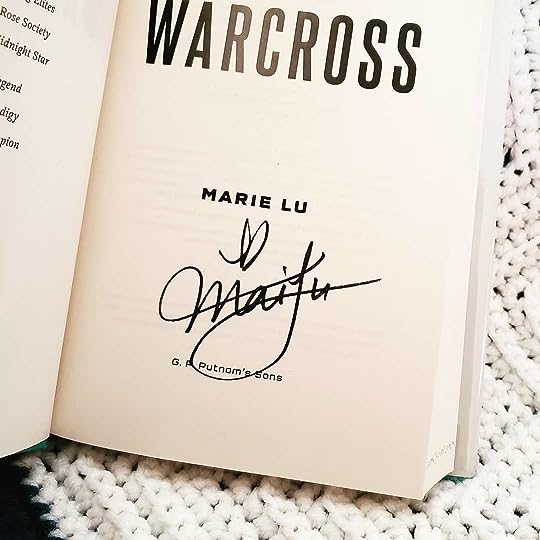 All I could think about the whole time was – OMG Marie Lu touched MY book!!

Everything’s science fiction until someone makes it science fact.

Emika Chen – bounty hunter, hacker, programmer, liar – is about to lose everything.

In typical YA fashion, her parents are nowhere to be found (dead father and abandoned by her mother), she’s scarily good at many, many things and she’s just desperate enough to risk all she has left.

It is hard to describe loss to someone who has never experienced it, impossible to explain all the ways it changes you. But for those who have, not a single word is needed.

Emika is about to be kicked out of her apartment and so decides to hack into Warcross – a virtual reality game that uses dreams to make the game as realistic as possible.

Why would anyone give up the perfect fantasy reality just because they have to give up their freedom? What’s the point of freedom if you’re just living in a miserable reality?

She’s already incredibly good at the game (despite her low ranking) and knows that the various “power-ups” have real-world value.

During the annual Warcross games, she notices a power-up worth enough cash to tempt anyone and so hacks herself into the game.

Only it goes wrong.

Her invisible hack suddenly broadcasts her location to the millions of people watching the games.

Much to her surprise, instead of being arrested, the game’s creator (Hideo) offers her a job – to find an elusive player bent on wreaking havoc on the Warcross games.

He’s absurdly young considering the empire he’s created, and Emika may just be feeling a little bit of something for him.

“Maybe they think I’m a danger to you.”
He smiles as he reaches me. “And are you?”
“I try to restrain myself,” I answer, returning his smile.

She quickly signs up, relocates to Tokyo and infiltrates one of the Warcross teams…only to learn that things are far more sinister than she ever imagined…

But if one thing’s for certain, Emika is not a quitter. She will follow this through…to the very end.

But I’ve never been good at following instructions. I’m a bounty hunter. And if my bounty’s still out there somewhere, I have to finish this.

This one was good…just not as stunning as I expected.

So many people recommended this one and while I enjoyed it…it felt just a bit cookie-cutter.

Mysterious-unknown girl is super good at a very obscure skill set that just-so-happens to be exactly what rich-and-gorgeous boy wants.

She is immediately attracted, and so is he, but they both cannot help but wonder if the other will betray them.

Drama and intrigue surround them from all sides – no one is to be trusted but trust she must in order to survive.

Essentially, my eyes hurt from rolling so much.

Again, it’s not horrible, it just didn’t feel particularly new or engaging. It was just felt like something I’ve read before (and not in a good way).

Audiobook Comments
Read by Nancy Wu and wow, she was impressive. Fabulous reading!