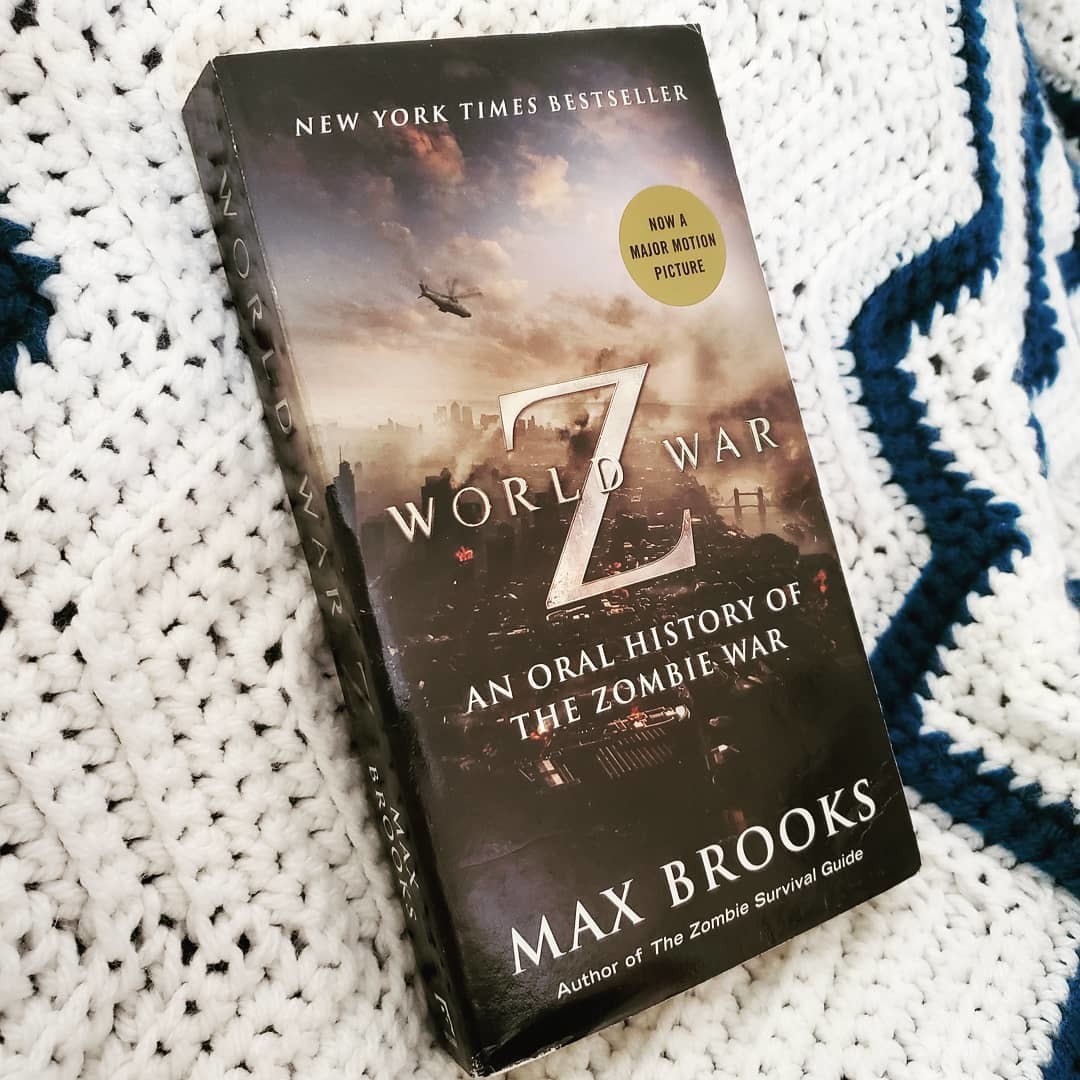 Like after any great tragedy, the government wants a record.

When he hands his documents, the bureaucracy whittles it down to the bare facts.

Humans, over every nation, dragged their bone weary bodies through this war.

They are now faced with the numbing task of rebuilding society.

They deserve to have their stories told. So, he publishes the true account of World War Z.

Told in a series of vignettes, we listen in on interviews as Brooks travels both the country and the world. And one thing is certain, life with zombies is a chilling tale.

The monsters that rose from the dead, they are nothing compared to the ones we carry in our hearts

The vignettes are absolutely riveting. There’s a bit of the regular zombie murder mayhem but the story focuses on the human side of things. How the survivors, survived.

There’s the blind man who fought off a hoard with no more than a blunt staff. Some people lost their minds – succumbing to tree belief that they have joined the dead.There’s the unintentionally cannibalistic family – and so much more.

Most people don’t believe something can happen until it already has.

Audiobook comments:
–Read by Max Brooks, Alan Alda, John Turturro, Rob Reiner, Mark Hamill, Alfred Molina, Simon Pegg, Henry Rollins and Martin Scorsese
–Highly recommended you listen to this novel – it’s a quality production.
–Every voice is country-specific and the actors read very convincingly. It feels like I’m next to Max as he interviews the survivors.

Interested in this one from Max Brooks? Buy it here:  Amazon