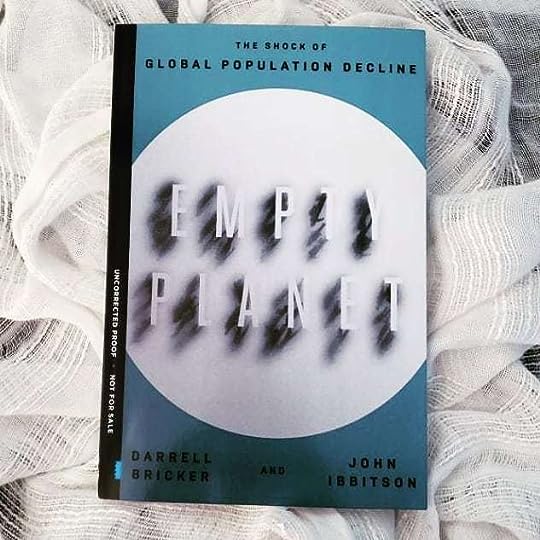 Population decline isn’t a good thing or a bad thing. But it is a big thing.

Throughout my childhood, I’ve heard time and time again about the rise and fall of human population.

Well, for the past few decades, we saw a rise like no other but soon (very soon) that will reverse.

And the consequences will affect everyone, everywhere.

The human herd has been culled in the past by famine or plague. This time, we are culling ourselves…

And what has changed so much that the human population is decreasing at such an alarming rate?

Urbanization, improved public health, increasing affluence and, above all, increasing autonomy for women had resulted in fewer babies per woman in each generation.

With an emphasis on women’s rights. The authors’ research showed that there is a direct correlation between education and children.

And as woman won more rights and greater power, they stopped having so many children. After all, babies are not always good news for women.

And this is a global phenomenon – from the U.S. to Europe to Africa – once the women have access to education and birth control, then the country’s population begins to decline.

The book also goes into detail about the potential consequences of a global population decrease – which amounts to several severe shakeups to society (after all, fewer workers lead to less work being done).

The authors then focused on what can be done to stave off the negative consequences:

…in countries with a below-replacement fertility rate – which is pretty much every country in the developed world – economic migrants are essential to counteract the impact of population decline.

And they are quick to point out that this solution isn’t the most popular one:

A dark thread of racist, nativist, populist intolerance flows through the American story. The latest immigrants are not like us…They will never assimilate…They’re a threat.

And yet, Canada has seen a population and economy boom since adopting immigration-friendly policies.

Canada welcomed the whole world, but with the stipulation that new arrivals had to have skills and education needed to find work quickly…

Can the negative effects be postponed? Only time will tell…

Overall – I found this book fascinating.

I remember reading the statistics on globally how few children are being born and going, “Nahhh. There’s no way…”

And then I thought of my own family.

In less than half a century, the number of children in my family declined over 75%. The same happened with my husband’s family, my friends, coworkers.

Not only are parents having fewer children, they are waiting longer to have them – just as the book said! (cue the spooky music)

Honestly, this is such an interesting global phenomenon and one that brings hope to all the over-population worries at the world.

And at the same time, what would the world look like with fewer and fewer people?

When children become a rarity, who will take care of the aging population?

So many thoughts to think about.

Our future will contain something we have never experienced: a world growing smaller in numbers by choice.

With thanks to the authors and publishers for a free copy in exchange for an honest review.

Interested in this one from Darrell Bricker and John Ibbitson? Buy it here:  Amazon